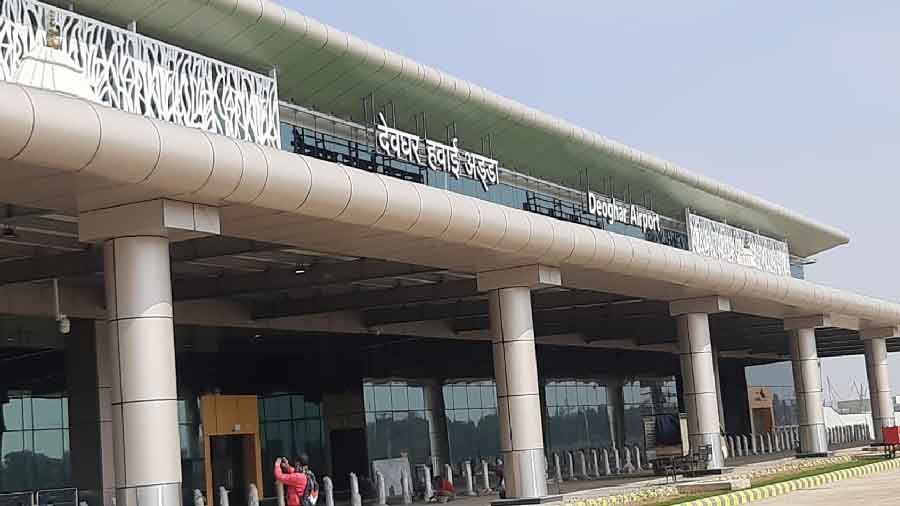 As the rescue operation for the people lying trapped in the cabins of ropeway service at Deoghar concluded, two good news also came for the temple town as Directorate General of Civil Aviation (DGCA) granted license for the landing and off take of aircraft  from Deoghar Airport and simultaneously the new DEMU train service between Deoghar and Sultanganj was launched.

Notably, the DGCA license is quite crucial for any airport for the launch of flight operation as it authorises the aerodrome to be used as regular place for landing and departure on all persons for equal terms and conditions for operation by aircraft requiring specifications of runway and associated facilities including granted exemptions.

Notably, airport facility at Deoghar is quite crucial as large number of devotees visit at temple town from various parts of the country besides abroad to offer prayers at the Baidyanath Dham temple, which is one of the 12 jyotirlinga of the country.

Gooda MP, Nishikant Dubey who was present at Deoghar Railway station along with the Railway officials and flagged off the inaugural train journey from Deoghar at around 3 pm today said, “The new train facility launched today by Railway minister Ashwini Vaishnav under the guidance of prime minister Narendra Modi will be very beneficial of large number or devotees who at present have to make the arduous journey in buses of expensive journey in cars etc.”