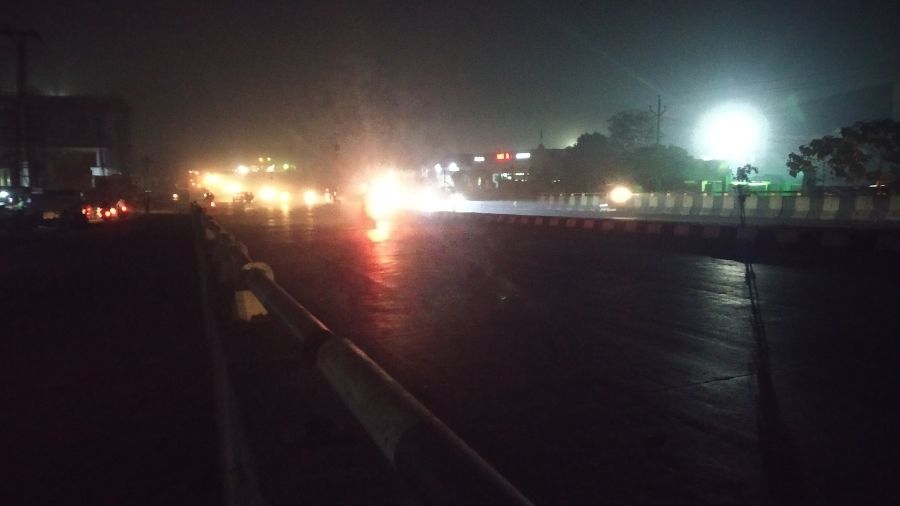 Several streetlights on Tata-Kandra Road in Adityapur and Gamharia in adjoining Seraikela-Kharsawan district have stopped functioning, causing the most part of the 15-km-long road to remain in darkness since the past one month.

As a result, commuters, especially the industrial workers, have been facing risks while negotiating through the darkness in the night.

Additionally, no agency is going to mend the defunct street lights in the near future as Jharkhand Accelerated Road Development Corporation Ltd (JARDCL), the agency which had set up the road almost a decade ago has been embroiled with a litigation with its partner agency.

The Tata-Kandra Road was modified into a four-lane by the corporation at the behest of state Road Construction Department at a cost of Rs 185 crores in the year 2012, and was supposed to maintain the road over the next 30 years.

There are about 500 street lamps starting from Adityapur to Kandra, out of which only 15 per cent are functional now, causing problems to almost 40,000 workers who travel through the stretch.

"It looks very dangerous to ride through the four-lane during the night as heavy vehicles also pass through it, causing our vision to get blurred due to the headlights in absence of the streetlamps.  If the street-lamps were functioning, then the impact of the headlights of the heavy vehicles would not be so much disturbing," said Ashim Gope, an industrial worker who stays at Adityapur while talking to this website.

Like Gope scores others who have to go to their duty in the industrial area and return home during night have complained of the difficulties they are facing due to the darkness on the four-lane.

Executive engineer, Road Construction Department, Seraikela division, Nirmal Singh said the street lamps are not being maintained since the past two months after the road agency has been embroiled in litigation.

"The partner agency IL&FS has filed a case in the Ranchi High Court after his dues were not paid in time. As a result the maintenance work of the Tata-Kandra Road has stopped since December and it is not clear when this matter will be sorted out," Singh told The Telegraph Online.

Significantly, Om Prakash, president of a local NGO, Jan Kalyan Morcha said the road construction department should be serious about the lives and property of the commuters who have to ride through the unlit road on Tata-Kandra Road.

"It is a very shameful thing on the part of the state government as on the one hand the road construction and traffic departments are observing a Road Safety Month since January, on the other hand the street lamps of the important Tata-Kandra Road remains unlit," he said.