We lost election but that doesn’t mean the BJP is out: Deepak Prakash 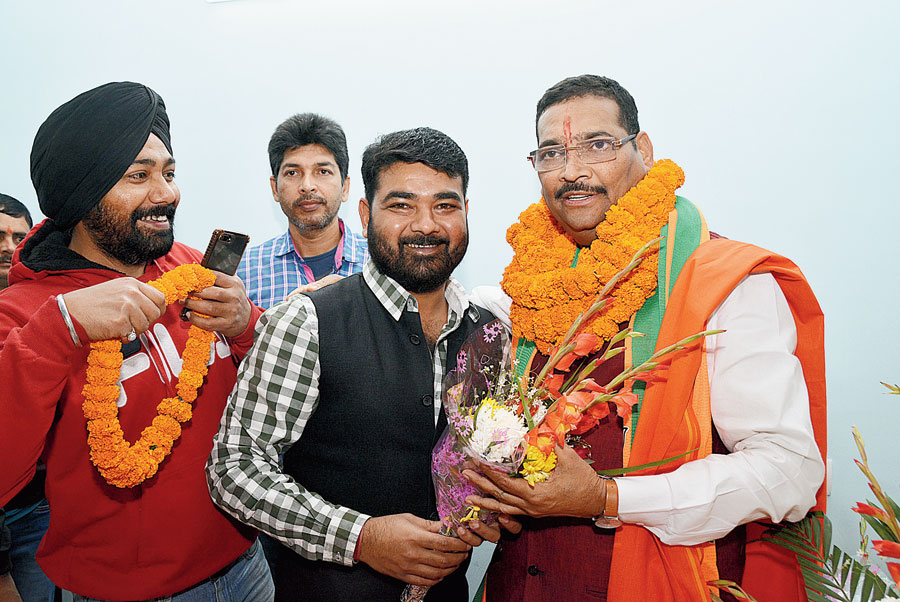 The central leadership of the BJP on Tuesday promoted state general secretary Deepak Prakash as Jharkhand president of the party in what was seen as an attempt to win back the upper-caste votes.

Prakash, a Kayasth, enjoys a close relationship with J.P. Nadda right from the time the BJP national president’s father, N.L. Nadda, was vice-chancellor of Ranchi University from August 1978 to April 1980.

Asked for the rationale behind Prakash’s elevation, senior Jharkhand BJP leaders, who spoke under cover of anonymity, cited the recently held Assembly elections in which the party could win only 25 of the 81 seats. The internal assessment of the party, said a senior Jharkhand BJP office-bearer, had pinpointed the drifting away of upper-caste and tribal votes from the BJP.

“That is why Babulal Marandi (a tribal face) was chosen as leader of the legislative party,” pointed out the senior BJP functionary.

Prakash was among the leaders of the BJP who had quit the party along Marandi in 2006. But he returned in the BJP very soon. Prakash is also close both to former chief minister Raghubar Das and Babulal Marandi, two strong poles of the BJP in Jharkhand, and is known as a soft-spoken man of organisation.

The previous Jharkhand BJP president, Laxman Giluwa, who resigned after the Assembly election debacle, was considered close to Das.

Das as the incumbent chief minister and de facto boss of the party in Jharkhand failed in the Assembly election but he would continue to enjoy space on the centre-stage of BJP politics as the OBC face of the party, the senior BJP office-bearer said.

Prakash has his task cut out. He has to inject fresh vigour in the party which is highly demoralised after defeat in the Assembly election. Conducting organisational elections and restructuring booth-level committees are two other tasks in which his organisational and leadership skills will be put to test. There is also the challenge to form a strong team where leaders and workers close to Marandi expect space at all levels. Besides, Prakash will have to consolidate the core vote bank of the party.

Prakash put his best foot forward when asked about the challenges.

“We lost election but that doesn’t mean the BJP is out,” he said. “We will bounce back and the BJP will play the role of a fiery and constructive Opposition. The JMM-led alliance with the Congress and RJD got 52 lakh votes whereas the BJP got 50 lakh; this is not a big gap.”