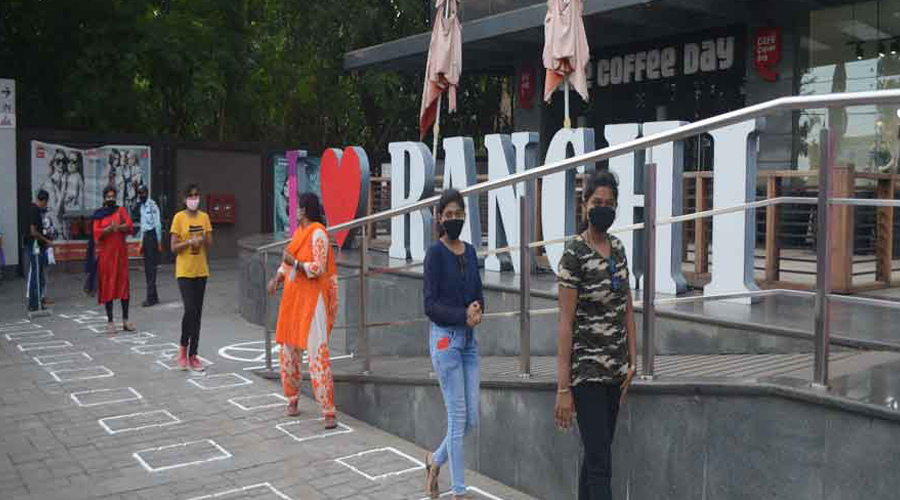 Cinema halls, swimming pools and amusement parks were closed in Jharkhand for an indefinite period during the nationwide lockdown enforced in March last year in the wake of the Covid-19 pandemic.
Telegraph Picture
Our Correspondent   |   Ranchi   |   Published 10.02.21, 05:19 PM

Cinema halls, swimming pools and parks are likely to reopen in Jharkhand after February 19, the day a high-level meeting of decision-makers is scheduled, officials of the state disaster management department said on Wednesday.

State minister for disaster management Banna Gupta said that a meeting to decide over the resumption of closed services and institutions was scheduled on February 5 but had to be postponed due to some “unavoidable circumstances”.

“The chief minister and I will chair a meeting of the disaster management department on February 19. Many important decisions for the benefit of business groups and students are likely to be taken during the meeting,” said  Gupta, adding that the state will keep safety of residents in mind before taking any decision.

Sources said that several closed institutions were likely to get the government’s nod to resume services with immediate effect after the February 19 meeting.

Cinema halls, swimming pools and amusement parks were closed in Jharkhand for an indefinite period during the nationwide lockdown enforced in March last year in the wake of the Covid-19 pandemic. While the state government gradually decided to reopen malls, restaurants, bars, gyms and educational institutions, cinema hall owners have been waiting for the longest period to resume their services.

Coaching institutes in the state have also remained closed since March last year, forcing students to attend online classes for engineering and medical entrance examinations. A decision on reopening of coaching institutes is also likely on February 19.

Jharkhand is among the few states in India where the government is yet to allow cinema halls to open their doors despite the Centre allowing 100 per cent occupancy in movie theaters from February 1.

“The Centre has allowed cinema halls to operate, but the final decision has to be taken by the state government. You will be updated about the decisions after the meeting,” said state disaster management secretary Amitabh Kaushal.

Cinema hall owners in Jharkhand are hopeful that the government would finally allow them to resume their business. Some said that it may take months to make up for the loss incurred during the 11 months of lockdown, but it will be easier if they start early.

“We have been requesting the government to allow cinema halls to resume services, but the government has not taken any decision yet. We were hopeful of getting a decision in our favour in the first week of February itself,” said Sameer Kumar, manager at Fun Cinemas in Ranchi. “The FJCCI (Federation of Jharkhand Chamber of Commerce and Industries) has also requested the government to reopen cinema halls,” he added.