December rain before the chill

Western Disturbance likely to last for the next two days in Ranchi, Jamshedpur, Giridih and adjoining areas 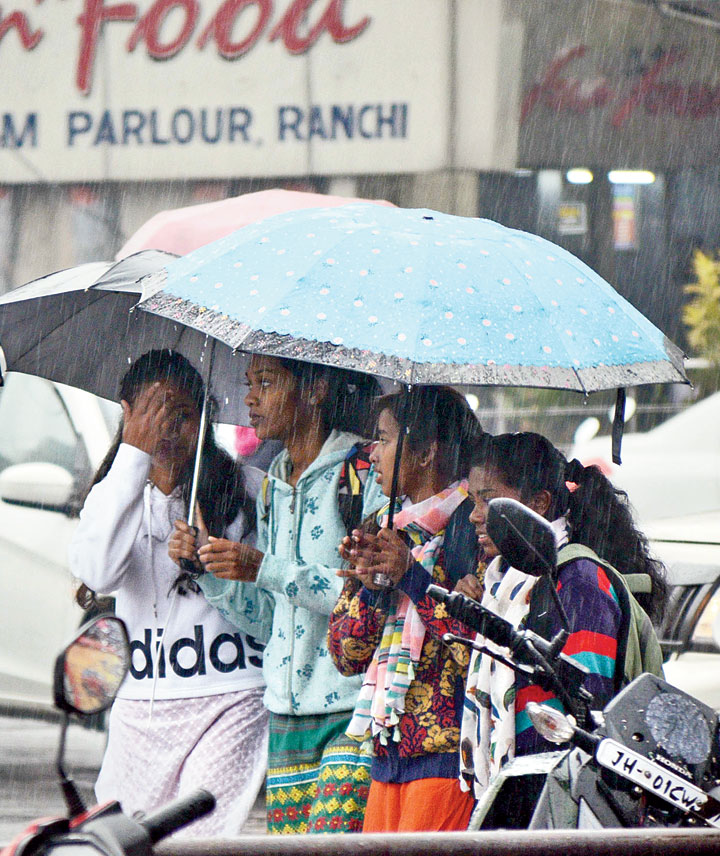 Most parts of Jharkhand felt the effects of the Western Disturbance on Sunday, with overcast skies in several places including Ranchi, Jamshedpur and light showers in Giridih and its adjoining areas, robbing the December morning nip.

The Western Disturbance, a fabled part of the subcontinent’s winter, is a phenomenon that owes its origins to an extra-tropical storm that upon its arrival causes anything from showers to fog and snow.

In its Sunday forecast, the IMD’s Ranchi Meteorological Centre predicted cloudy sky with possibility of light rain in isolated pockets of southern and central Jharkhand in the next 24 hours, due to the impact of the Western Disturbance .

Weathermen said the Western Disturbance passing through higher latitudes impacted weather in many northern states as well as Jharkhand since Saturday. Its effect is likely to last for the next two days.

Hazaribagh, Giridih and its adjoining areas saw showers on Sunday. Several places including Daltonganj, Manatu and Panki (Palamau district), Pathalgada (Chatra) and Garhwa recorded rainfall between 5-10mm in the last 24 hours (8.30am of Saturday to 8.30am of Sunday) while Jamshedpur and other parts of Kolhan recorded traces of rainfall.

Director of Ranchi Meteorological Centre S.D. Kotal said the Western Disturbance had resulted in a cyclonic system over neighbouring Bihar. “The cyclonic circulation, hovering 2.1km above sea level, and easterly winds are bringing moisture from the Bay. The twin systems will prevail over the state for the next 24 hours resulting in a rise in night readings,” he said. “Shallow fog will prevail for the next two days. Then, the mercury is likely to see an abrupt drop around midweek,” he added.

South-easterly winds dominating most parts of the state since Saturday evening have lifted minimum temperatures.