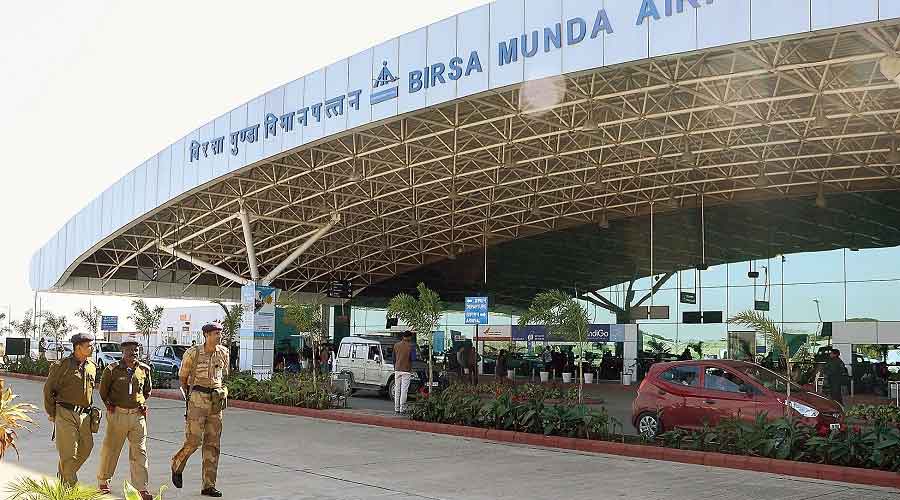 Daytime flights to and from Birsa Munda Airport in Ranchi will remain suspended from March 28 to April 27 as the runway will remain closed for the final layer of carpeting for a month, officials of the only operational airport in Jharkhand said on Thursday.

However, despite the suspension of flights from 11am to 5pm, none of the 20 flights taking off from the city at present will have to be cancelled, airport authorities said.

“The flights will be rescheduled, not cancelled. The presently operational flights will take off or land from 6.45am to 11am and then from 5pm to 9.15pm,” said the airport director Vinod Sharma.

Daytime flights at the airport here were suspended from November 16, 2020 to January 15, 2021 as well for carpeting. The airport director said that three layers of carpeting is done on the strip, and the third layer of carpeting will now be done in April.

While none of the existing flights will be cancelled, the rescheduling of flights may also cause inconvenience to passengers as flights might take off and land at odd times, sources said. During the repair of the airstrip in January, many passengers complained that they had to wait  in New Delhi airport for long hours while traveling to other destinations from Ranchi.

At present, as many as 20 flights connect Ranchi to New Delhi, Bangalore, Chennai, Kolkata, Mumbai, Ahmedabad and Hyderabad. The airport authorities here also plan to increase connectivity with more tier-2 cities once the carpeting work is complete, sources said. Ranchi is likely to get direct flights to Patna, Chandigarh and Trivandrum in the near future, airport officials said.

The Birsa Munda Airport, which bagged the top position in customer satisfaction index (CSI) last year, at present has a 75 meter basic strip, which is the minimum length required for any airport.