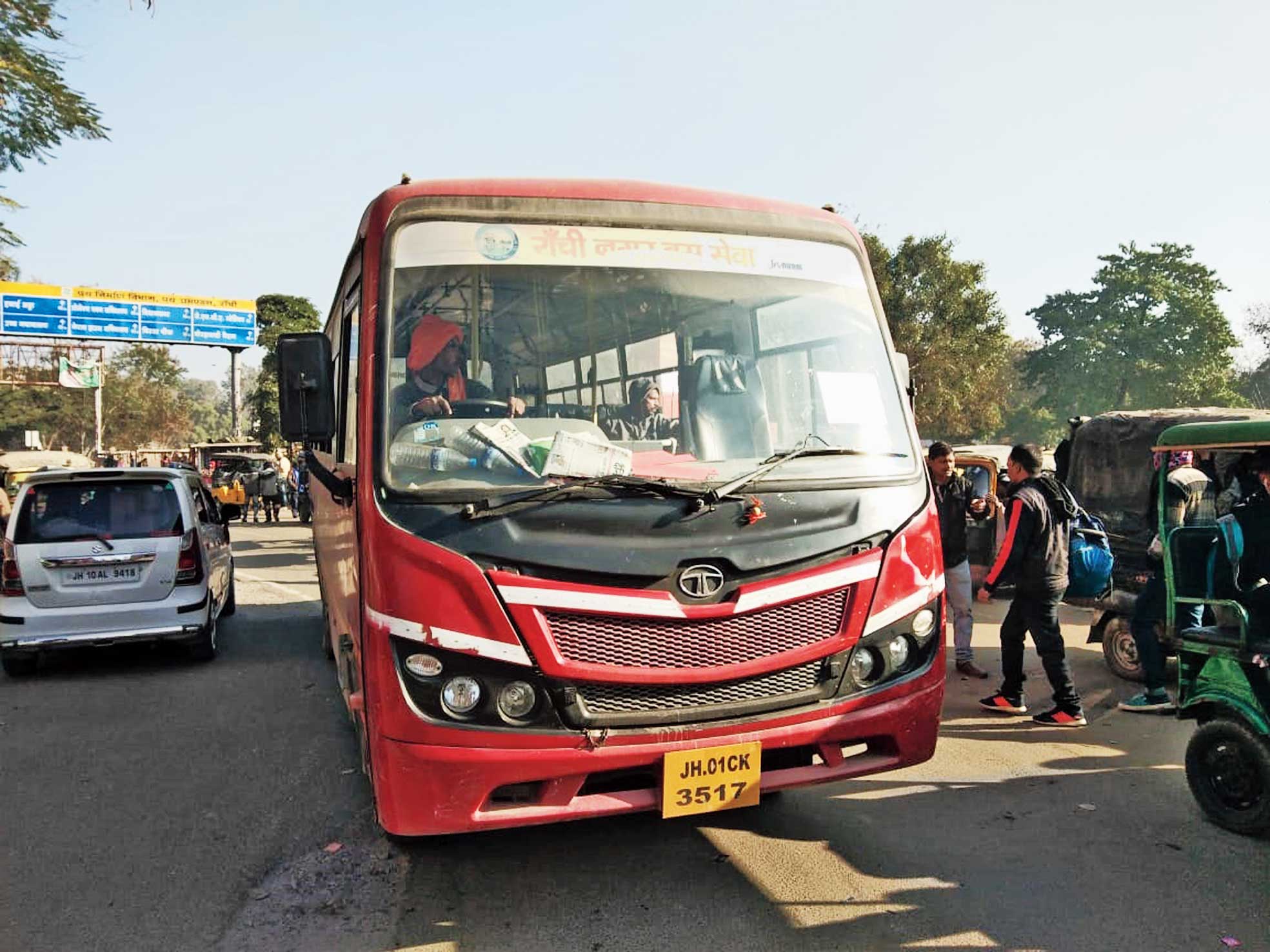 Your journey to the animal planet, flora town or picturesque waterfalls has been made a tad convenient.

The municipal corporation on Sunday introduced a special and affordable bus service to touristy places within a 60km radius of the capital, including Bhagwan Birsa Biological Park in Ormanjhi and the Biodiversity Park on Ring Road (near Ranchi), Patratu Dam (in neighbouring Ramgarh district), and Jonha (Ranchi) and Panchghagh (Khunti district) falls.

“We have rolled out a fleet of five buses for starters. These will ply every Sunday and on all other holidays for two months till February-end. The service has been introduced keeping in mind the picnic season,” said RMC city manager Saurav Verma.

Day One saw bookings for Panchghagh Falls, Biodiversity Park and Ormanjhi zoo. “Not many are aware of this bus service. We still did good. The buses to the waterfalls and park were houseful. The footfall is expected to increase in coming days,” Verma said.

Sources in RMC maintained that since public transport to Ormanjhi was readily available, some seats in the special bus remained vacant during departure. “But, when the same bus returned to the city, almost all seats were taken. It goes a long way to show that people are finding the service convenient,” an RMC official said.

Verma said many picnickers found it heavy on the pocket to rent buses from private operators. “This is where the RMC comes in. Our rental for a to and fro trip is only Rs 2,500, excluding fuel charges. A bus can be booked by one group or more. The fare doesn’t change,” he said.

While group bookings are preferred, individuals and couples too can avail of the bus service if seats are vacant. “In such a case, they will only be charged a nominal bus fare, starting Rs 10 per head,” Verma added.