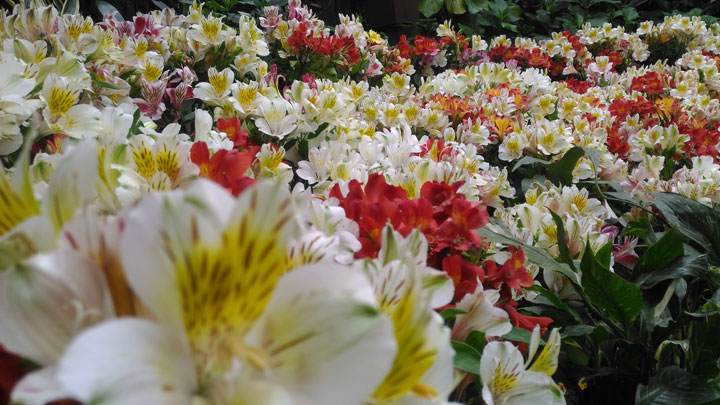 The stage is set for the annual flower show- cum-horticulture expo to be organised by the Horticultural Society, Jamshedpur, in association with Tata Steel at the Gopal Maidan in Bistupur from December 22-25.

In its 31st edition, the flower show will raise environment concerns with the theme Hariyali se dosti, pradushan se mukti.

Indranil Chattoraj, director of National Metallurgical Laboratory (NML), will inaugurate the flower show on December 22 as the chief guest.

Deputy commissioner of East Singhbhum, Ravi Shankar Shukla, will be the chief guest at the closing ceremony on December 25.

Addressing the media at a city hotel on Friday honorary general secretary of Horticultural Society, Anil Kumar Jayaswal, said the exhibition area would be divided into two parts — individual (or amateur) and institution.

“We are expecting 30 participants in amateur and 20 in institutional categories. We would try to generate awareness on environment-friendly initiatives. The exhibition area will be free from plastic and polythene,” Jayaswal said, adding that owner of Fortune Hotel Centre Point, Smita Parikh, will be felicitated with the society’s lifetime achievement award.

There are in all 10 categories and 101 sections each in amateur and institutional groups. The participants will also include local farmers.

A separate area have been earmarked for sale counters where rare species of plants and gardening equipment will be available for display and sale.

A sit-and-draw contest for school students and cultural programmes will also be organised.

The entry fee will be Rs 10 per head. Organisers are expecting footfall of over 50,000 visitors during the four days of the exhibition, which will remain open from 8am to 8pm.

The flower show is one of the most sought-after events in the steel city’s calendar.