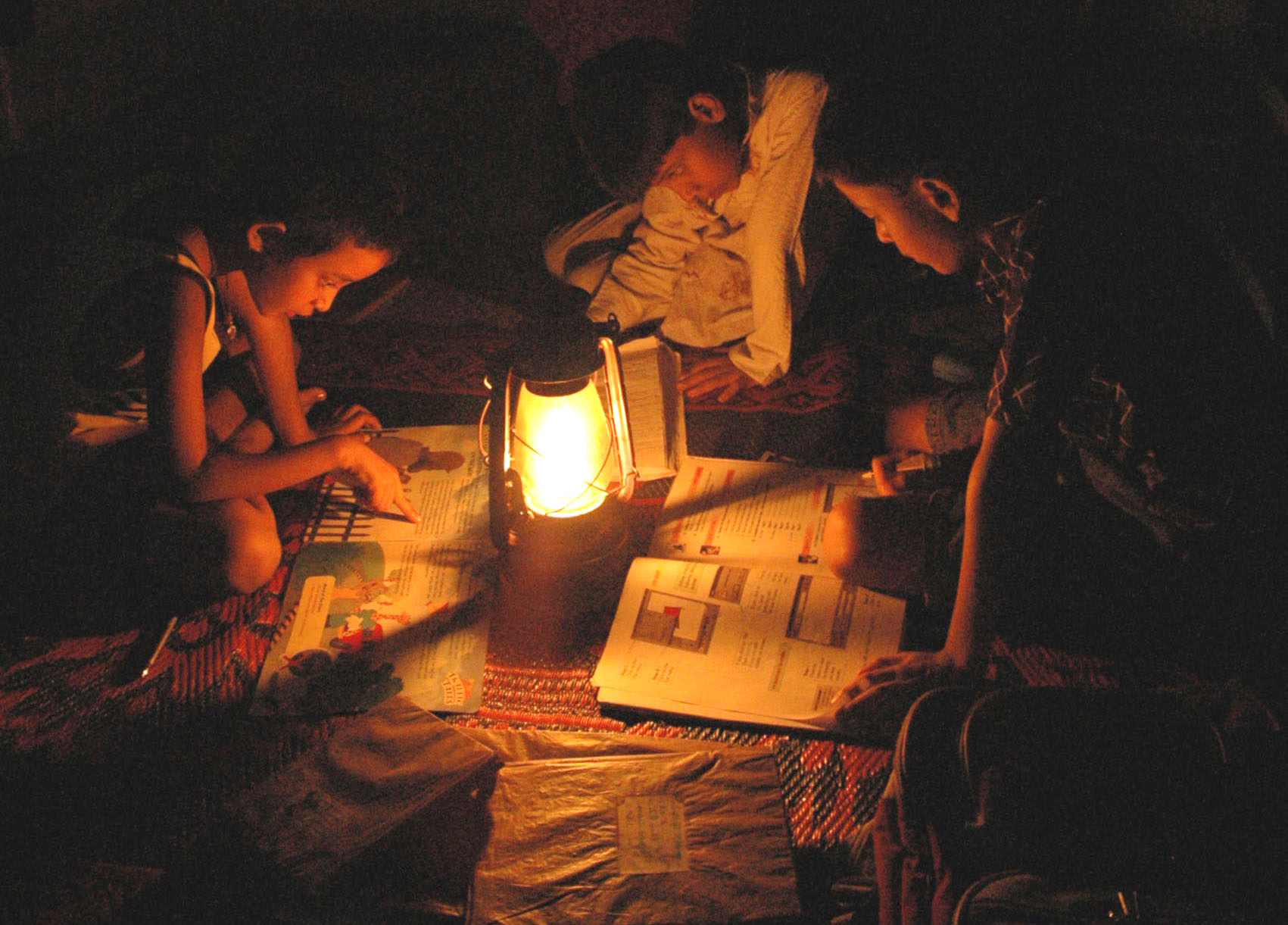 Children study under the light of a lantern at Hirapur in Dhanbad on Saturday evening during a power cut.
Picture by Gautam Dey
Our Correspondent   |   Dhanbad   |   Published 28.06.20, 10:55 PM

The local residents and traders of Dhanbad, already grappling with a slump in trade during the Covid-19 lockdown, are fearing an adverse impact on their business with the Damodar Valley Corporation warning the Jharkhand Bijli Vitran Nigam Ltd of 18-hour power cuts from July 1, as a result of non-payment of dues.

The president of the Purana Bazar Chamber of Commerce, Md Sohrab, told The Telegraph Online on Sunday, “The state government should take the warning of 18-hour power cuts seriously and sort out the issue with the Corporation.”

“Why should the common people face difficulties, as they have been paying their bills regularly?” asked Sohrab.

He added that such a decision, amid the Covid pandemic, was beyond any logic.

Ramkrishna Singh, the general secretary of the Jharkhand Rajya Bijli Kamagar Union, said, “The pending dues are an issue between the power corporation and JBVNL. The common people who pay their bills regularly should not be allowed to suffer.”

“The Corporation should also show restraint in serving such notices to the people of Jharkhand, where many of its power plants, including Chandrapura Thermal Power Plant and Bokaro Thermal power plants, are situated,” said Singh.

The general manager of the Dhanbad supply area of JBVNL, Pratosh Kumar, said, “The issues of pending dues and power cuts by DVC are being discussed at the headquarters level and we are expecting some solution soon.”

“We are also drawing extra power amounting to around 70MW through the Dumka grid after the establishment of the 250MW capacity electric power grid at Kandr. So the residents of the town will not have any problem even during reduced power supply by DVC,” he added.

However, due to faults in the feeder substation and resultant power failure, the JBVNL had to face the wrath of its consumers.

The establishment of the electric grid substation has decreased the dependency of the JBVNL on the Corporation quite a bit.