The tourists, mostly from Bengal, have been asked to leave by Wednesday 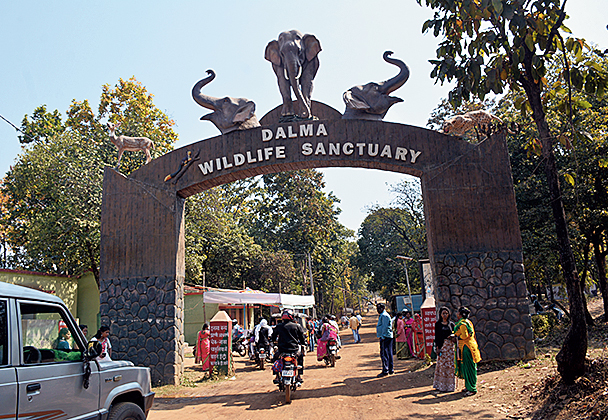 Tourists enjoying a break at the Dalma Wildlife Sanctuary were asked on Tuesday to go home after the state government’s order kicked in to close public places in view of the novel coronavirus pandemic.

The tourists, mostly from Bengal, have been asked to leave by Wednesday. Some tourists have already left Dalma while others are preparing to follow suit.

Dalma authorities have stopped entertaining any further bookings till next month.

C.M.P. Sinha, Dalma divisional forest officer (DFO) said the sanctuary would be out of bounds for tourists for at least a month due to the Covid-19 scare.

“We have asked the tourists to vacate their respective accommodations from today (Tuesday) itself. We are only adhering to the decisions taken by the state government,” said the DFO.

Some tourists, including those from Calcutta, had also booked the accommodations after March 20.

A forester said: “It is peak season for tourists. We will have to suffer a revenue loss. But we are helpless. We have to abide by the government’s decision. All the accommodations will wear a deserted look from tomorrow (Wednesday),” he said.

Tourists will surely miss watching elephants who are presently scattered across the sanctuary. “All the 128-odd resident elephants have ambled back after their annual sojourn to the forests of Bankura and West Midnapore in neighbouring Bengal. Now is definitely best time to visit the Dalma sanctuary,” the forester added.

Satish Prajapati of Sonari, who had booked two rooms at Pinderbera facility for April for a family getaway, said he was disappointed. “But nothing can be done in these circumstances. We’ll plan again when facilities re-open,” he said.