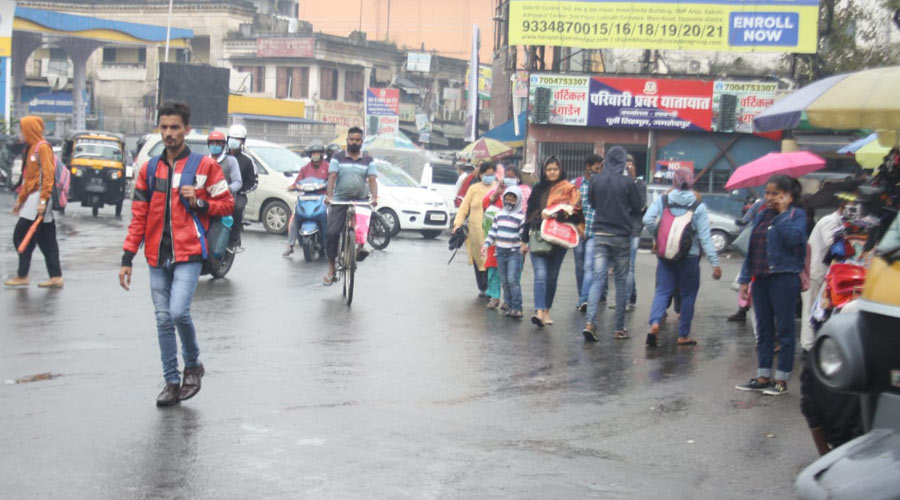 Several parts of Jharkhand experienced unseasonal rains on Saturday due to the impact of cyclone Jawad, originating from the Bay of Bengal.

Normal life was affected as residents had to bring out their raincoats and umbrellas. Commuters also confronted early morning fog at several places in southern Jharkhand including Jamshedpur.

The IMD forecast suggests a generally cloudy sky with light to moderate rain at many places over Jharkhand in the next 24 hours due to the impact of the cyclone. Ranchi Met Centre also issued an alert of heavy rain at a few places in southern Jharkhand, during the next 24 hours.

The forecast further indicated a two to three-degree rise in minimum readings in the next two days after which night readings would witness a fall. The 24- hour forecast also indicated strong surface winds blowing at a speed of  30kmph to 40 Kmph in southern and central Jharkhand.