Cuffs on dirty dozen who abducted minor in Jharkhand 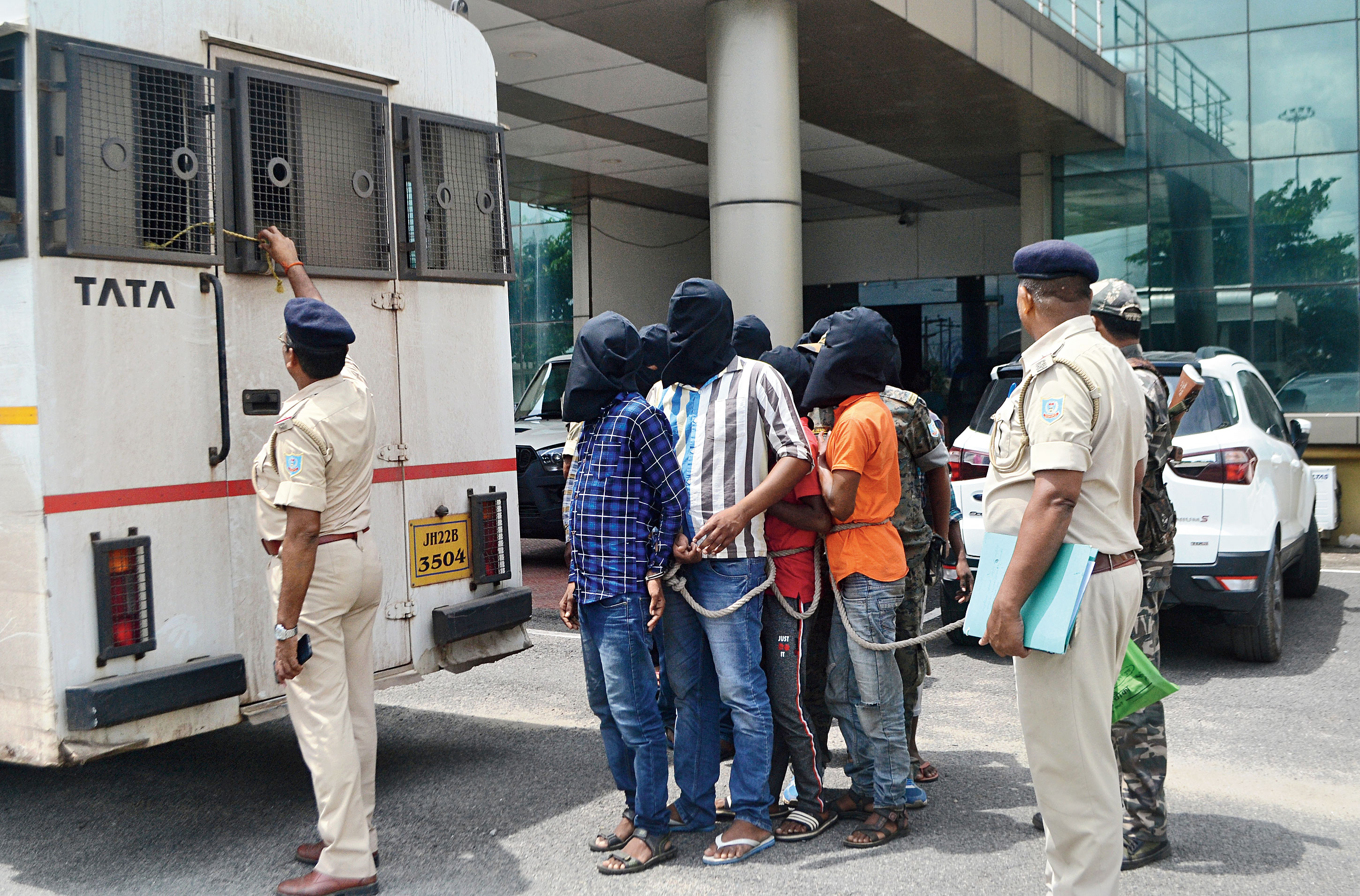 Police on Tuesday said they had arrested the culprits who had abducted a 17-year-old girl from the Dobo-Kanderbera Road around 16km from the steel city on the night of August 28 and allegedly gang-raped her.

The 12 men arrested for the shocking crime are all in the age group of 20 to 27 years, and residents of areas under Kapali police outpost.

Police have also seized a car, a cellphone, Rs 2,000 that the accused snatched from the girl’s friend, and a pair of slippers. The girl has alleged that she was raped multiple times before her abductors released her. The police maintained that the girl’s medical examination report has not yet come. Seraikela-Kharsawan superintendent of police Karthik S. said they would not make the report public and submit in only in court in view of the sensitivity of the case.

The SP recounted the sequence of events on the night, when the girl had gone for a late evening joyride with her friend in an SUV. “The victim and her friend had first gone to Domuhani bridge and had subsequently proceeded toward NH-33 by riding through Dobo-Kanderbera road. Their SUV broke down. In the meantime, four local youths were returning home on foot having had dinner at a hotel in Kanderbera. They assaulted the girl’s friend and snatched Rs 2,000 from him. The four subsequently dragged the girl out of the SUV and took her toward a jungle along Purisili village,” the SP said.

Hearing the commotion, eight more youths who were returning home in two-wheelers joined the four, the SP said.

“But as the girl’s friend had spread the message about the abduction of the girl, Bistupur police station OC Rajesh Prakash Sinha rushed to the spot and started a frantic search operation at Purisili jungle. Soon, the Seraikela-Kharsawan police had also joined the Jamshedpur police in search of the girl. The accused were all in the same jungle, but had hidden at the sight of the police. Apprehending trouble from the police, some of the accused asked the victim about her residential address. Then they somehow managed to escape with the girl from the jungle and arranged a car by which they dropped the girl near Tatanagar station by riding through Tata-Kandra road,' said the senior police officer.

After the men let thegirl go, she had contacted her friends who were searching for her at Purisili jungle. A Seraikela police team picked her up from near the station and brought her to Jugsalai police station, where the girl and her friend were questioned about the whole episode.