Cracks appear on Bermo mine road 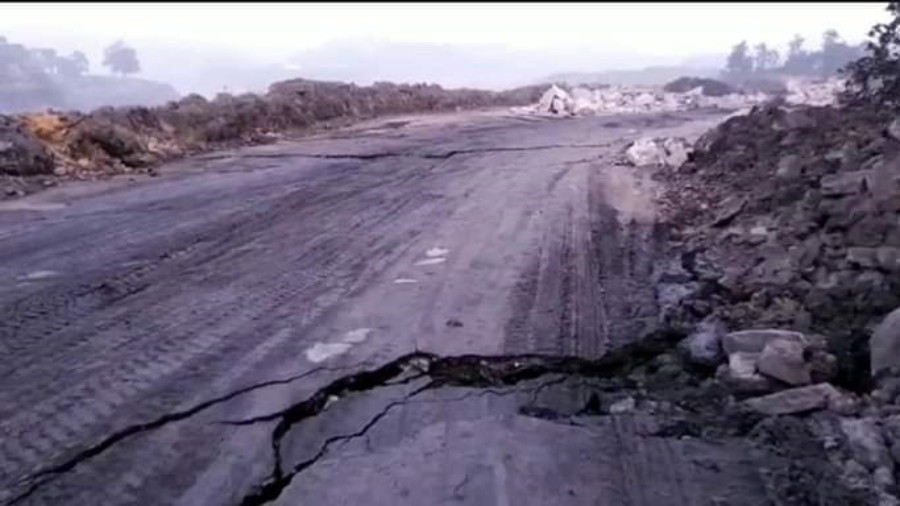 Cracks appeared on the main road leading to the Karo outsourcing mine under the Bokaro and Kargili project of Central Coalfield Ltd (CCL) in the Bermo subdivision on Friday.

The traffic movement to the mine was disrupted after the cracks appeared on the road. The coal excavation work in the mine is done by BKB Outsourcing Company whose earthmovers and dumpers use the road.

The road is the main route for the local cell, PT office and others of CCL projects. The caving in of portions of the road led to the falling of debris in the mine below it.

The CCL management held a meeting with the displaced people of Karo Basti, which is connected via the road, to identify alternative routes.

The displaced people of Karo Basti complained that the CCL management was not keeping safety standards in mind. Sohanlal Manjhi, one of the displaced, said there was no safety arrangement in the mines. The management should designate the old road for communication of the villagers. As there is a settlement around the project, people or cattle can fall into the open quarry.

M.K. Rao, the general manager of CCL’s B& K project, along with project officer Tapan Kumar Roy, manager G.N. Singh and others visited the spot to assess the situation. Rao said that he had given the necessary instruction to the officials related to maintenance of the road and the coal mine.

Rao added that as soon as they received the news about the cracks on the road, the machine and workers engaged in production work in the mine were removed. Currently, it has been closed by placing a boulder on both sides of the damaged road.