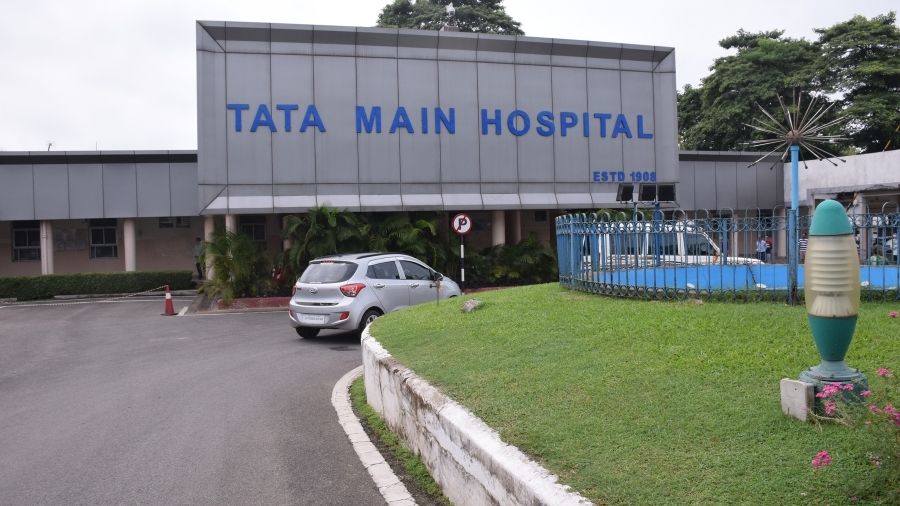 Tata Main Hospital, where the samples of the UK returnees were tested for Covid-19, in Bistupur , Jamshedpur, in September.
Picture by Bhola Prasad
Kumud Jenamani   |   Jamshdepur   |   Published 27.12.20, 03:14 PM

Six residents of the east Singhbhum district on Saturday, who returned from the United Kingdom between December 11 and December 20, tested negative on Saturday, making health officials heave a sigh of relief.

The office of the integrated disease surveillance programme (IDSP) of the East Singhbhum district carried out both the rapid antigen test and Reverse Transcription Polymerase Chain Reaction (RT-PCR) test on the England returnees' swab at Tata Main Hospital on Saturday evening.

The move of conducting Covid-19 tests on the returnees comes amid the detection of a mutant coronavirus strain in the UK, which is said to be more infectious than the existing one.

District civil surgeon Dr R.N. Jha said while reports of all the rapid antigen tests done came late on Saturday evening tested Covid-19 negative, not all the reports done under RT-PCR  test have not come yet.

“Not all reports done under RT-PCR test have come yet, but hopefully the report of the remaining tests will also come negative as there were no symptoms of the Covid-19 in them,” Jha said while talking to The Telegraph Online.

He said beside the six persons which include a woman, the integrated disease surveillance programme officials had conducted both the rapid antigen test and RT PCR on 34 others who had come in contact with the England returnees during the period of December 11 to December 20 when they reached the steel city.

Jha said though all the returnees who tested negative in both the tests tested negative, they have been asked to remain in home isolation for the next one week.

“Along with the England returnees, those who had come in contact with them have also been instructed to remain under home quarantine strictly for the next one week.  We will be keeping a close watch on them on a regular basis,” the civil surgeon said.

Of those who returned from England, one is from Bistupur, one from Mango, one from Rahargora in the Parsudih area, one from Agrico and two from Sonari. The woman returnee is a resident of Sonari.

The district health department was worried about these residents as Jamshedpur does not have a facility to conduct strain tests for Covid-19.

“We are now relieved of any anxiety as none of the six persons tested coronavirus positive.  Had any of them tested positive, then we would have to find out exactly how we could put the infected person for a test in the line of Covid-19 Strain in absence of any such facility here in the city,” Jha said.

Sources in the  integrated disease surveillance programme revealed that they got to know about the six England returnees from the airport authority in Ranchi via the state health department on Saturday.

The information about the England returnees in the steel city had sent the health department officials into a tizzy but finally the integrated disease surveillance programme succeeded in tracing all the six persons and also those who had come in contact with them.