Advertisement
Home / Jharkhand / Covid: Jharkhand to get genome machine from US company Illumina

Covid: Jharkhand to get genome machine from US company Illumina 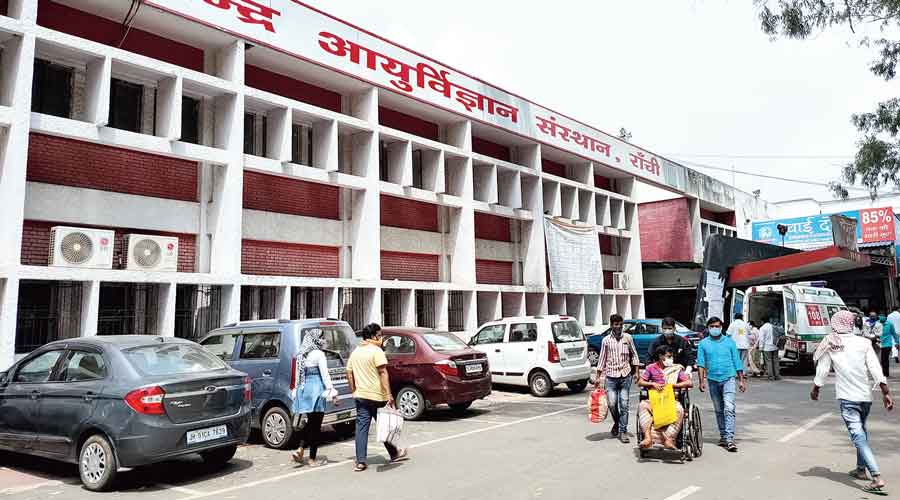 The Jharkhand government has ordered a whole-genome sequencing machine from the US company Illumina amid a continuous surge in Covid cases.

“The order was placed on Saturday and Indian representatives of the US company have assured on Monday that the installation of the Next Generation Sequencing type of whole-genome sequencing would take place within 45 days (mid-February),” said a source in National Health Mission (NHM) unit of the state health department.

Additional chief secretary (health) Arun Kumar Singh confirmed to The Telegraph that the state has placed the order and received assurance of installation within 45 days.

“We have placed the order of the machine which costs in excess of Rs 6 crore and have received assurance of its installation in Rajendra Institute of Medical Sciences (RIMS) Ranchi in 45 days. It is the same type of machine which is installed at the Institute of Life Sciences (an autonomous institute of department of biotechnology, Government of India) Bhubaneswar,” said Singh.

The senior bureaucrat admitted to the delay which has led to the state sending all its Covid positive samples to Bhubaneswar for genome sequencing.

“There were procedural delays and bureaucratic inertia which resulted in the delay. We cannot hold hands and ask the official to do work all the time,” claimed Singh.

Jharkhand health minister and Congress MLA from Jamshedpur West Banna Gupta on his part put the blame over delay on the BJP-led Union government.

In December, the department prepared a proposal to buy the machine on the lines of Odisha and made it available to NHM.

“With genome sequencing machine we can get the result in a day and plan out an action plan against Omicron. As of now, we are not aware if the Covid variant is Omicron or Delta. We are yet to receive any result from Bhubaneswar on the samples due to high pendency of cases,” said a source in the microbiology unit of RIMS.