Booster dose coverage a mere 3 per cent in state 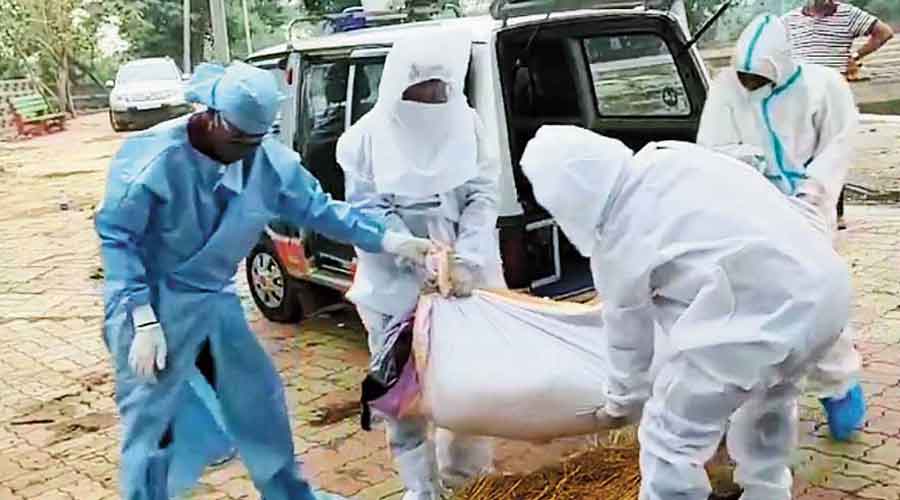 Recoveries outnumbered new cases in the last 24 hours in Jharkhand, according to the state health department's Covid bulletin on Thursday, but 10 more deaths were recorded during the same period, taking the total count of fatalities to 22 in the last two days and 121 since January 1.

As per the bulletin, as many as 4,283 people recovered from the infection as against 2,449 new cases.

East Singbhum recorded five deaths for the second consecutive day, while Dhanbad reported two deaths. Gumla, Khunti and West Singbhum reported one death each. New infections surged in Ranchi with 757 cases, followed by 474 in East Singbhum, 211 in Dumka, 131 in Seraikela-Kharsawan and 124 in Dhanbad. The other districts all registered two-digit spikes.

The booster dose (precaution dose) coverage rate among those above 60 with comorbidities stand at a mere 3 per cent (19,035) out of an estimated population of 6.50 lakh.