Couple in Koderma oldest to test Covid positive in Jharkhand 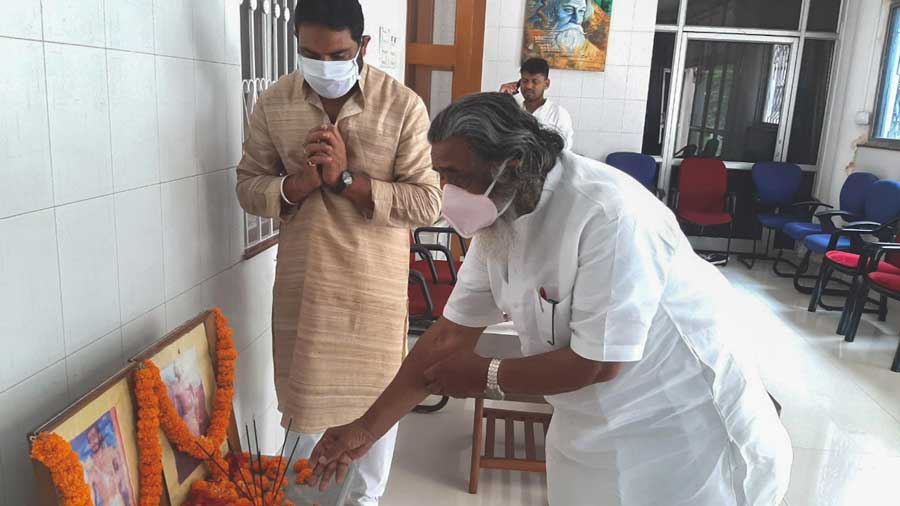 A couple, aged 85 and 80, in Koderma was found Covid-19 positive on Tuesday, becoming the oldest husband and wife in the state to get infected by the coronavirus.

Their nephew, a chemist without a travel history, is a Covid patient who tested positive on Sunday, following which all his close contacts were quarantined at a government facility in Domchach.

The couple was sent to the Rajendra Institute of Medical Sciences (RIMS), Ranchi, for treatment, said the district administration.

Officials said the area where they lived was sanitised and sealed.

The doctor treating the nephew was put under home quarantine on Monday.

Three men have been arrested for extortion and opening fire at the home of a private construction company’s site manager on June 25 night. Five pistols and bullets have also been recovered from their possession.

The gang had demanded money from Varun Vishwas after his company had taken the contract of constructing a road in Hazaribagh’s Giddi. The manager’s house on Hanuman Chowk was targeted and three bike-borne assailants opened fire at his residence on Thursday night. No one was hurt.

Superintendent of police Karthik S. said the trio had been charged under Sections 307, 385, 387 and 120B of the IPC and under the Arms Act.

Police on Tuesday found two dead bodies in the forest of Karidih Singratoli in the Vishnugarh block of Hazaribagh. The girl,15, and the boy,19, were found hanging from a tree, suggesting suicide, said an officer. “We will wait for the post-mortem report to understand their motive,” the officer added.

The girl’s father said his family had approved his daughter’s relationship with the boy on the condition that she waits till she turns 18 years.

The dead bodies were sent to Hazaribagh Medical College and Hospital for post-mortem.

A tutor from Jharia on Tuesday committed suicide on Tuesday. The 28-year-old resident of Borragarh locality was found hanging from a ceiling fan after his family members broke open the door.

The reason behind Mukesh Kumar's suicide is still not known. His body has been sent for post-mortem to Patna Medical College and Hospital.