Zoos on alert after bronx big cat gets the virus 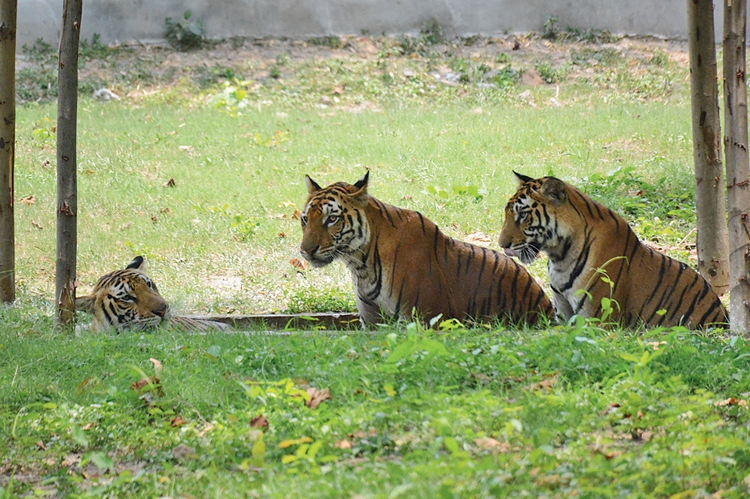 The Central Zoo Authority (CZA) and the National Tiger Conservation Authority (NTCA) have asked all zoological parks to keep big cats under round the clock observation.

The directive was issued on Monday after a Malayan tiger named Nadia in New York City's Bronx Zoo tested positive for SARS-CoV-2 or the novel coronavirus. Six other big cats at the zoo in the Big Apple have also showed signs of illness. This has alerted zoological parks across the world.

The NTCA directive has asked zoos to observe tigers (direct observation and CCTV footage scan) for symptoms consistent with Covid-19 such as nasal discharge, coughing or laboured breathing.

It has also listed out actions to avert the disease in wild tigers that includes personnel handling should be ascertained to be coronavirus negative. The keepers have been asked to take utmost precaution as per the guidelines of the ministry of health and family welfare.

Jharkhand has three zoos, one each in Ranchi, Jamshedpur and Bokaro.

The Bhagwan Birsa Biological Park in Ormanjhi, Ranchi, has decided to get their keepers screened.

“We have once got them screened and after the directive we shall screen them again just to ensure they are fine. It is important because the risk with visitors is ruled out since the zoo is closed,” said park director D. Venkateswarlu.

Suggesting that the novel coronavirus affects the gastrointestinal system in felines, the NTCA in its directive said: “A correlation may be made for characterising the virus type in consultation with the veterinarians. Differential diagnosis with feline infectious rhino-tracheitis needs to be made as similar respiratory symptoms may be observed.”

The NTCA also directed the states to send the samples to Indian Council of Agricultural Research -approved laboratories as per the protocol besides reporting such cases immediately to NTCA.

The Tata zoo has three Royal Bengal tigers, Kailash, Saloni and Sunaina. It has 16 keepers.

The CZA too has said sick animals should be quarantined, and keepers should use personal protective equipment for keepers. Cats, ferrets and primates need to be carefully monitored, it said.