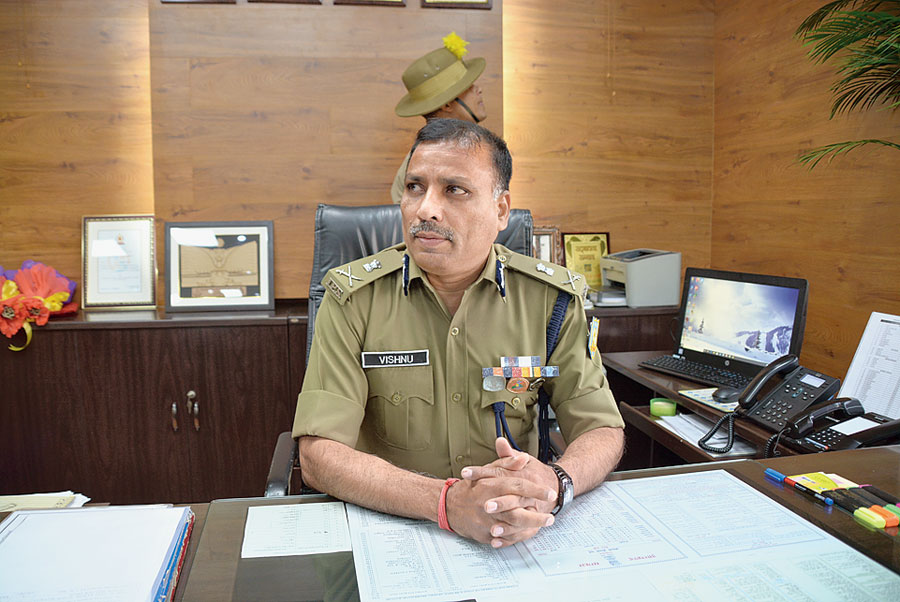 The state’s top police officer has directed all district police chiefs to deal sternly with those spreading a communal narrative during the Covid-19 pandemic.

Director-general of police Mandava V. Rao, in two tweets on Thursday evening, had expressed concern over the communal narrative being spun by a few amid a crisis confronting all of humanity.

“It is very disturbing and disappointing to see that the venomous communal narrative is being spread in social media around the coronavirus pandemic. Rational thinking people know that no one whatever faith he practices is immune to the infection. When you are staring at the enemy threatening mankind, is it not absurd to fight among ourselves? Please think and act sensibly at this critical juncture. We (Jharkhand Police) are with you now and forever. Stringent possible action awaits those indulging in rumour mongering and spreading hatred,” said the tweets, posted from the DGP's official handle.

Police had noted several posts blaming a community after a Malaysian woman who had been to a religious congregation in Delhi became the first person in Jharkhand to test positive for the novel coronavirus. Speaking to The Telegraph, DGP Rao said that all district police heads have been directed to keep a watch on such content.

“The police have been directed to take stern action against anyone trying to spread content in social media which is intended to incite communal passion and cause panic and distress to a community. We will institute cases under Sections of the IPC and the IT Act,” said Rao, a 1987-batch Indian Police Service officer who took charge as the Jharkhand DGP last month.

“The DGP has taken the right decision. To fight the coronavirus pandemic it is essential to take strong action against those posting fake messages and content to spread hatred in the community. I would also like to request our chief minister Hemant Soren to form a ‘hate and fake control cell’ to keep a tab on such contents,” tweeted Vinod Singh, Bagodar MLA and CPI-ML leader.

Superintendent of police, CID, H. Janardhanan said that apart from seven cyber police stations all police stations have been asked to take help of technical cells functional in the SP's office of all the 24 districts to trace such communal contents and take suitable action.

Apart from preventive detention under CrPC 151, cases can be lodged under IPC Section 295 A (deliberate and malicious acts, intended to outrage religious feelings of any class by insulting its religious or religious beliefs) and 66 of the IT Act, senior police officers pointed out.