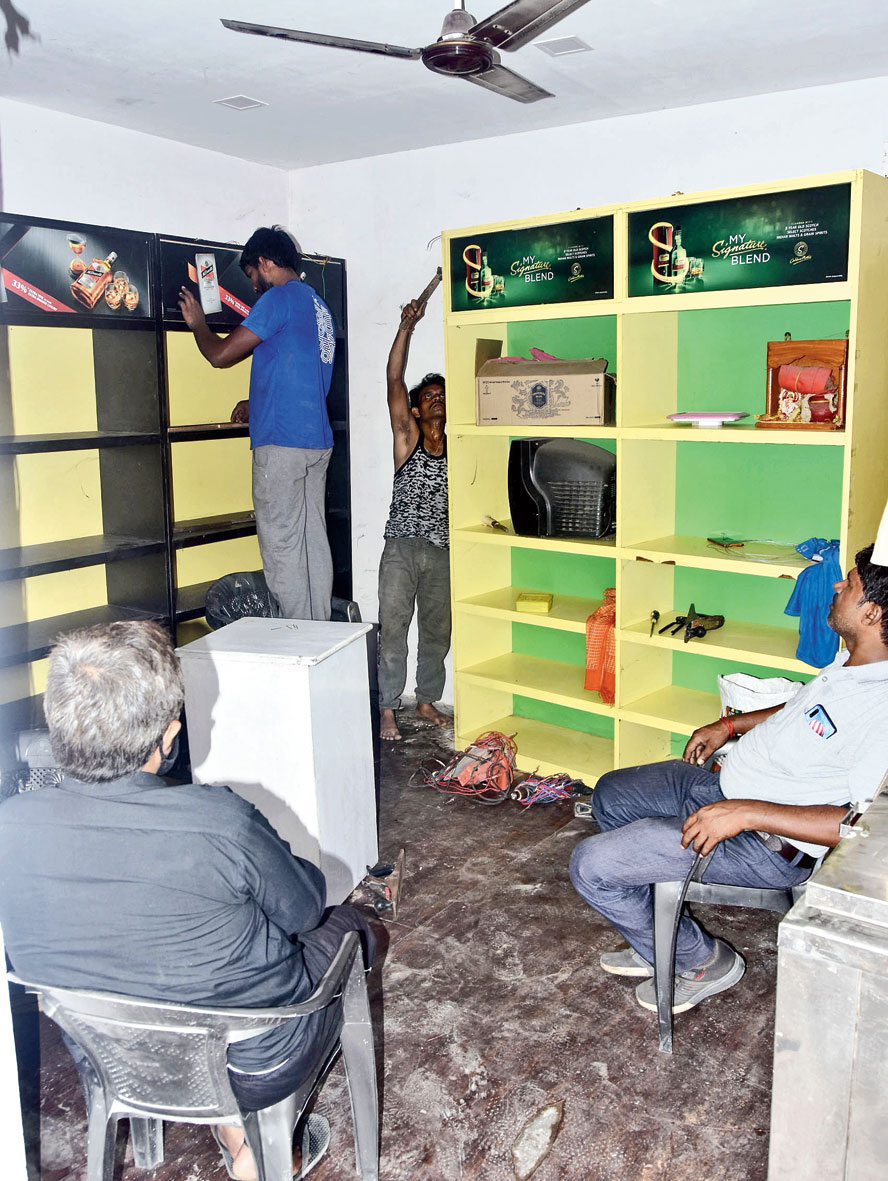 The state guidelines of not allowing shops selling consumer durables to open in municipal (urban) areas has not gone down well with traders in the coal hub.

But there was confusion over the opening shops selling phones, watches, electronic goods and others.

Under the state guidelines, these shops can’t open in municipal areas but can in panchayat or rural areas.

Shops of non-municipal but developed areas such as Govindpur, Baliapur, Nirsa, among others, selling these consumer goods, were confused by the guidelines but mostly kept the shops shut.

Members of the Federation of Dhanbad Zila Chamber of Commerce and Industry however expressed their anger.

Patron of the federation Rajesh Kumar Gupta told The Telegraph that he did not under the logic behind this state government’s order.

“The state government is saying these precautions are to prevent Covid-19 cases from spreading due to the arrival of a large number of migrant workers from other parts of the country. But workers are going to villages mostly. Then why are shops in allowed to open in villages and not shops in urban, municipal areas?”

Gupta said that as a symbolic protest traders would open their outlets in municipal areas for some time on Wednesday. However, the hours have not been confirmed as the cyclone Amphan is expected to make its landfall in neighbouring Bengal on Wednesday afternoon.

Sub-divisional officer of Dhanbad Raj Maheshwaram told the media that on Monday they let off traders who opened non-essential shops in municipal areas with a warning but would lodge cases against them if they stayed defiant.