Another flight with 180 migrants lands in Ranchi from Andamans

This initiative, the fourth instance of workers being flown back, was sponsored by a private firm 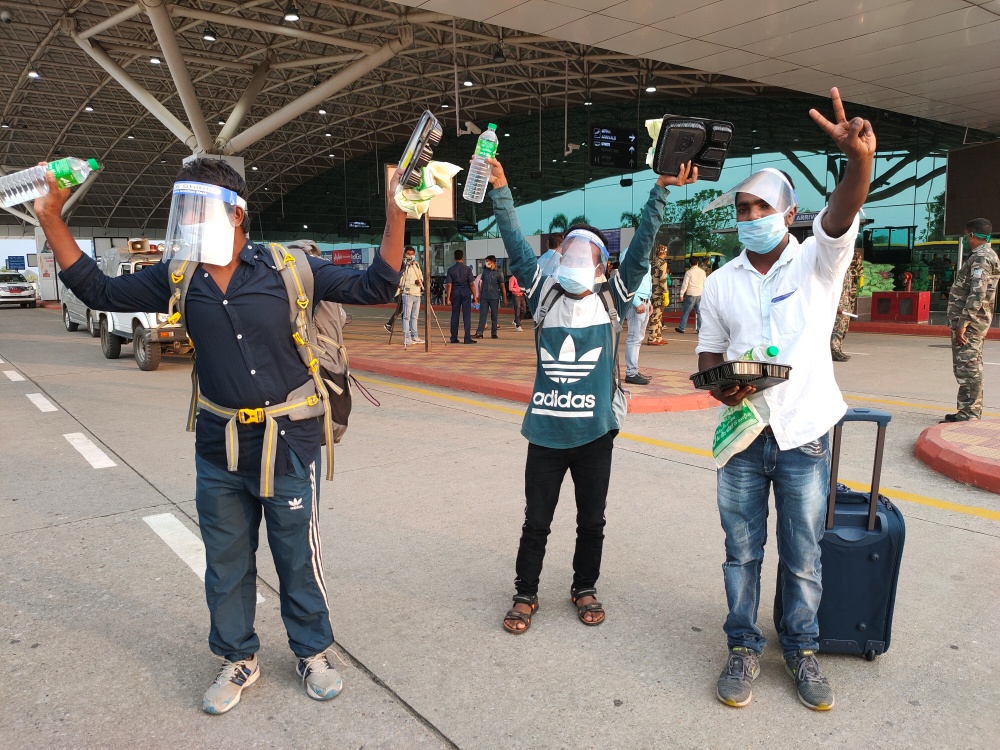 A chartered flight, carrying 180 Jharkhand migrants stranded in Andaman and Nicobar Islands, landed in Ranchi on Thursday, the fourth time that workers from far off places were flown back to Jharkhand in less than a fortnight.

The flight took off from Port Blair at around 3.30pm and landed at the Birsa Munda Airport here at 6.15pm, said the Airport Director Vinod Sharma. “All the safety protocols were followed in the flight as well as the airport,' he said.

More than 500 stranded migrants have returned to Jharkhand in chartered flights so far. It started with an alumni group of National Law School, Bangalore, leasing an Air Asia flight from Mumbai to Ranchi for 180 migrants on May 28.

The cost of the flight was borne by Interlink Foods Private Limited, a Delhi-based firm, sources from the chief minister's office said. The company decided to help migrants reach home after chief minister Hemant Soren sought the support of corporates in bringing stranded migrants back to Jharkhand.

“The company spent around Rs 22 lakh on the flight,' said a close aide of the chief minister. “More corporates are expected to help the stranded migrants after the CM's tweet,' he added.

At a time when migrant workers are reportedly covering miles on foot to reach home, this development is one of the rare positive happenings for migrants in India. Over a dozen Jharkhand migrants have died in road accidents in Uttar Pradesh while returning home during the lockdown, while many have fallen prey to COVID-19 infection.

More than 70 per cent of the total COVID-19 cases reported in the tribal state so far are that of migrant workers who returned home, said health officials.

According to National Health Mission (NHM), at least 781 cases of COVID-19 infection have surfaced in Jharkhand so far, and 546 of them are migrant workers who returned to their home state after May 5.