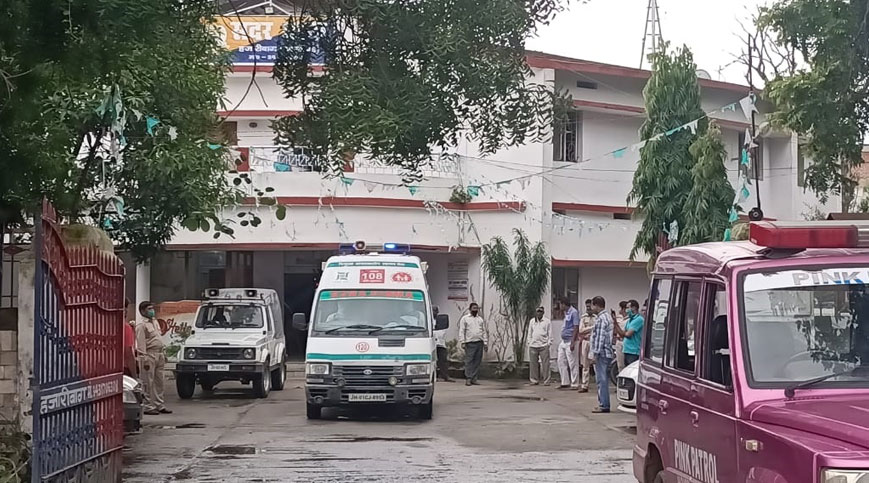 Two police stations were sealed and 100 police officials, including two officers-in-charge were placed in quarantine on Tuesday evening after a youth, who was arrested in a theft case, was found Covid-19 positive. The youth, a resident of Matwari mohalla in Hazaribagh, was wanted in a theft case at a roadside kiosk.

On Monday evening, Korra police arrested him and kept him in the lockup. But he was sent to the sadar police station of the city at night due to security reasons. On Tuesday, the process began to send him to Jai Prakash Narayan Central Jail. But as a mandatory instruction, he was taken to Hazaribagh Medical College and Hospital (HMCH) for a Covid test and tested positive.  Immediately, 100 policemen were sent into quarantine and both stations sanitised and sealed.

Police officials said many people in town visited the two police stations, including scribes. All of them were alerted.

Five new patients were found on Monday, including a father, 60 and son, 27. The superintendent of HMCH, Sanjay Sinha, said all the five have been admitted and contact tracing has begun.

In Ramgarh as well, the sadar hospital was sanitised and sealed with samples of doctors and nurses sent for testing.

Eight members of the family of a nurse were also found positive. The nurse was tested positive on Saturday and before that she had vaccinated 18 infants and four pregnant women.

She did this despite being told to be in home quarantine after returning from a wedding.

A laundry owner was also found corona-positive on Monday. His brother was a Grade IV employee of the Bank of India, Main road branch in Ramgarh district. The bank was also sanitised.