Convention centre in Jamshedpur by July

Coming up: An auditorium, 2 conference rooms, a cafeteria and basement parking 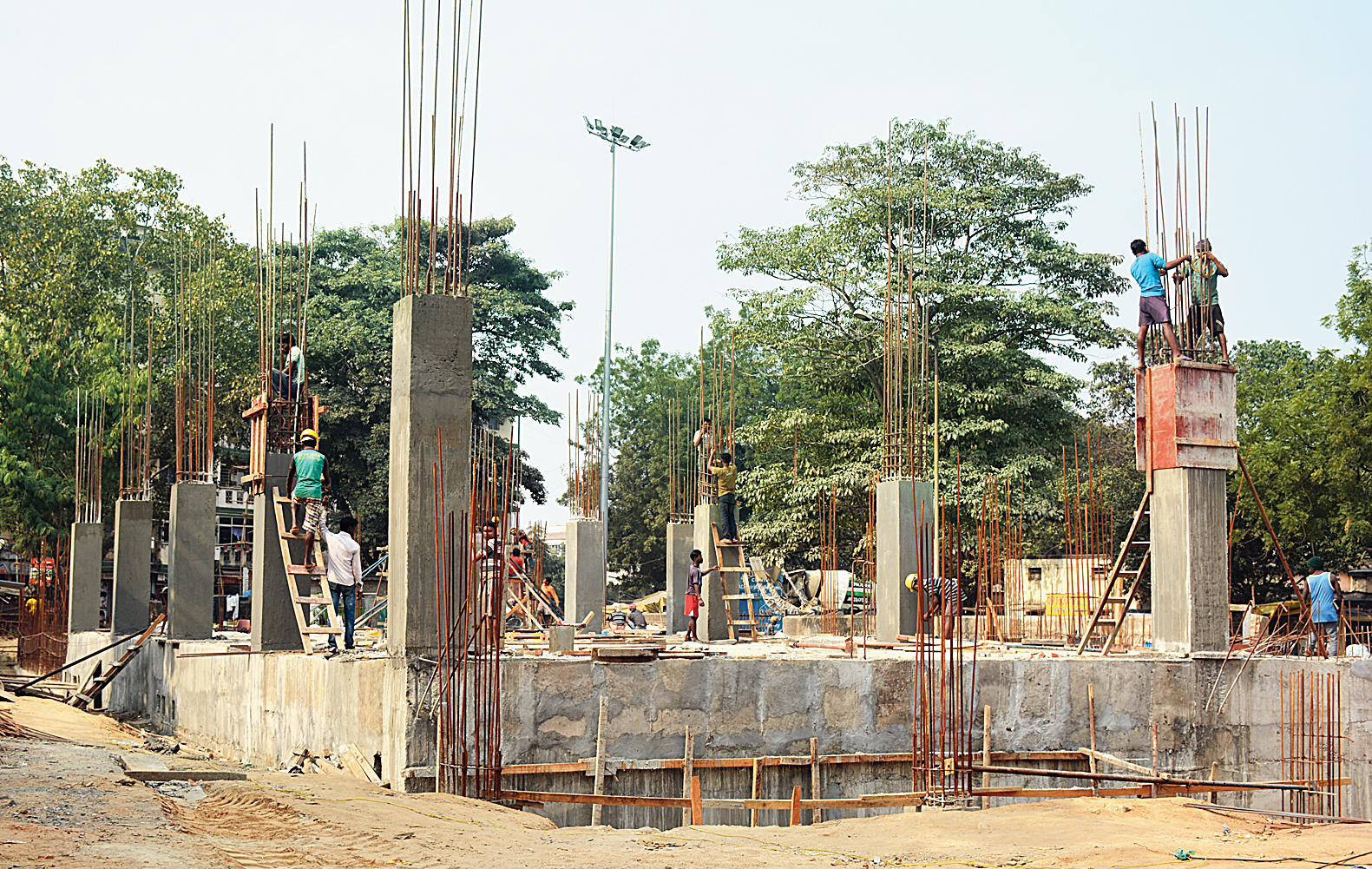 The steel city will get its first state-owned multi-storied convention centre at Kadma by July this year.

The Rs 8-crore project, the foundation for which was laid in February last year by chief minister Raghubar Das, had a deadline of 15 months. However, it was held up for over three months due to a delay in shifting underground water pipelines by Jusco.

“The 900sq metre basement is almost complete and we hope that the project will be completed in July this year. The Ranchi-based contractor who is building the convention centre has not sought extension of the deadline which ends in May 2019. However, we understand that the project will be delayed by a few months as it took nearly four months to start work at the site owing to a delay in shifting underground pipes,” said Jharkhand Urban Infrastructure Development Corporation (Juidco) deputy project manager Varun Saurabh.

The state-of-the art G+3 centrally air-conditioned convention centre with an auditorium, two conference rooms, a cafeteria and basement parking is coming up on nearly 1.5 acres near Kadma food plaza that was cleared of encroachments by the district administration in March 2015 following the intervention of minister and Jamshedpur West MLA Saryu Roy.

Roy, who has been monitoring construction work, said the convention centre was much-needed.

“The centre is expected to fulfil a long-felt need of the people residing in the western part of Jamshedpur who have always complained about the lack of a modern state-owned facility for hosting social gatherings, seminars, exhibitions and conferences. They have to depend on private facilities and hotels which come at huge costs. One can use this facility for business meetings and social gatherings at a reasonable cost,” said Roy.