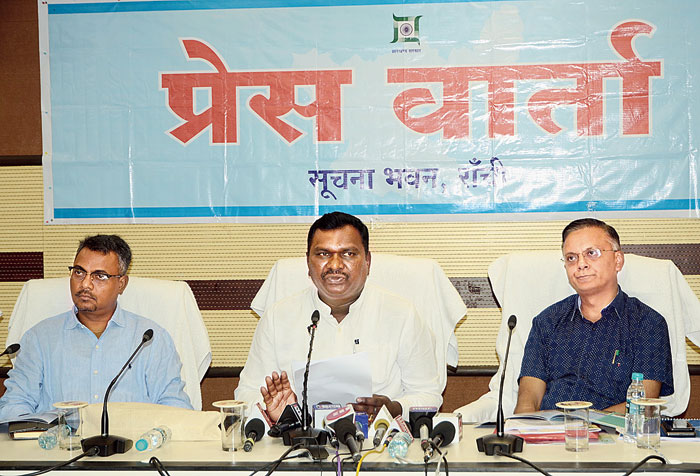 The state government is keen to organise tourism and Buddhist circuit conclaves to boost the tourism sector in Jharkhand.

Addressing the media here on Thursday, state art, culture and tourism minister Amar Kumar Bauri said: “Compared with Bihar, we started quite late in discovering and developing historical places related to Lord Buddha in Jharkhand. Itkhori in Chatra district is an important site that marks the last journey of Siddhartha Gautama before he became Buddha at Bodhgaya. Kauleshwari in Hazaribagh district is also an important Buddhist site being developed by us.”

Bauri, who is a post-graduate in history, said chief minister Raghubar Das was very keen on organising the conclaves in September.

The minister said the tourism sector in Jharkhand had witnessed phenomenal growth in the last four and a half years and would substantially contribute to the state GDP in the coming years.

“The development of roads, hotels, tourist spots and better law and order situation have led to a spurt in the tourist inflow,” Bauri said.

“The development of Patratu Dam is another milestone for us. The first phase of the work has been completed at a cost of Rs 60 crore. We have decided to inaugurate the tourist spots at Patratu in September,” the minister said.

He said the department had categorised 132 tourist spots under international, national, state and local categories on the basis of their popularity.

“Jharkhand was earlier known for all the wrong reasons, but tourism has changed the face of the state. Jharkhand is blessed with beautiful and historical places, but unfortunately their potential remained untapped before the Raghubar Das government,” Bauri said.

The minister informed that his department was working on a proposal to install a lift at Pahari temple.

“A proposal for the construction of a ropeway was mooted years back, but the project, which was found unfeasible, was abandoned at the planning stage. Now we are working on a proposal to install a lift and technical discussions have been initiated,” he said.

However, the minister admitted that the department’s efforts didn’t produce the desired outcome regarding two specific issues — roping in Archaeological Survey of India in 2015 to conduct research and survey in 24 districts and the formulation of Jharkhand Sports Policy.

“The survey by ASI could not be undertaken as we lacked trained manpower to assist them. The department provided funds to students and teachers of history in Bokaro district to conduct research at some historic sites, but their report was found unsatisfactory,” he said.

On Jharkhand Sports Policy, Bauri said he had recently prodded officials of the department on the issue. “I hope we will able implement the policy in our next tenure,” he said.

So far, 5,48,700 kids took part in the drive and 448 were selected and being trained at the coaching centres.

“However, these coaching centres are meant for minor players. Now, we have decided to set up hostels for senior sportspersons in Ranchi and Dumka,” he added.