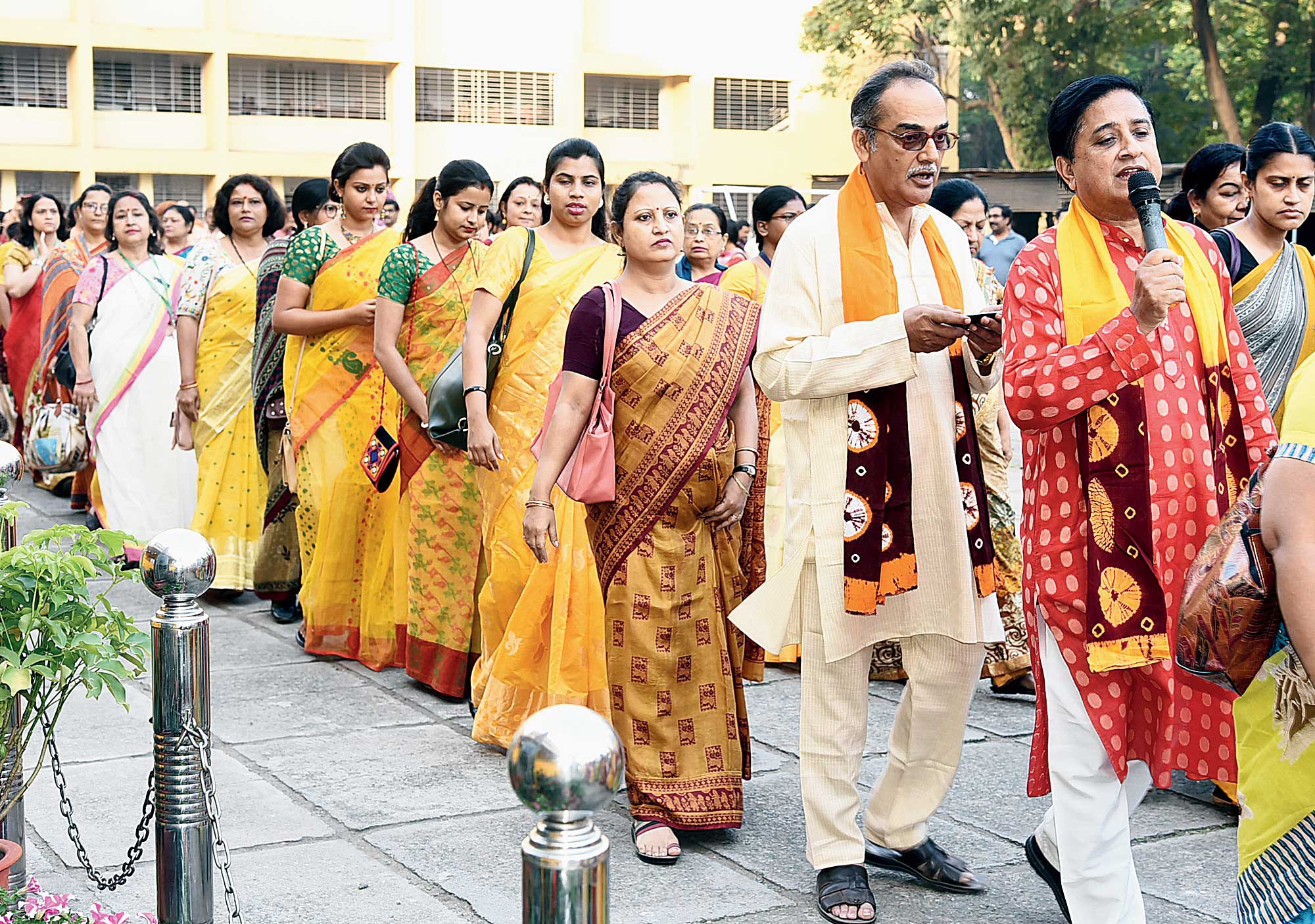 Rabindrasangeet reverberated in the air as students and teachers smeared one another with gulal during Basanta Utsav in the steel city on Sunday.

Inspired from Basanta Utsav celebrations in Santiniketan, Bengal, over 250 students and teachers of Tagore School of Performing Arts and its branches in Sonari, Telco, Kadma, Baridih and Cable Town gathered on the premises of Rabindra Bhavan in Sakchi.

“We observed Basanta Utsav today as it was a Sunday. We have been celebrating Basanta Utsav for the past several years ever since Tagore Academy came into existence in the city. Holi is celebrated in a big way in Santiniketan. We have just tried to incorporate certain cultural elements in our programme,” said Tagore Society secretary Ashis Chowdhury.

“We usually sing Rabindrasangeet that celebrate nature and spring. All our performances are dedicated to Rabindranath Tagore. We look forward to Basanta Utsav every year,” said Chowdhury.

The Bengalee Association, Jharkhand, held its 80th annual conference at The Milanee in Bistupur, Jamshedpur, with over 400 members from across Eastern India attending it. At Madrasi Sammelani, Sangeet-o-Ankan held a Basant Ritu Sangeetotsav on Sunday.