Dhanbad traders, who were the most affected, rejoice return of popular train 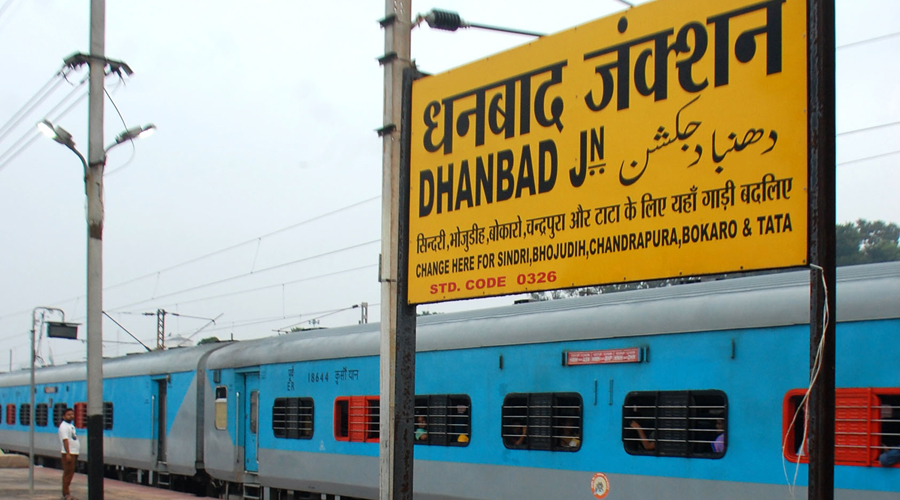 Indian Railways plan to resume the operations of Coalfield Express from December 1. Coal town residents, who were facing a lot of problems in visiting their nearest metropolitan city Calcutta, rejoiced as the Coalfield Express is one of the most popular train travelling between Dhanbad and Calcutta (12339).

The happiest lot among all are small-time traders, daily passengers, florists, street hawkers, etc. who are dependent on the products of Calcutta. Their earnings were greatly affected due to the suspension of the train operations to Calcutta.

Coalfield Express leaves Dhanbad daily at 5.55 am and reaches Howrah at 10.30 am and during the return journey it leaves Howrah at 5.20 pm to reach Dhanbad at 9.40 pm.

Talking to The Telegraph, Akhilesh Kumar Pandey, senior divisional commercial manager of Dhanbad said, “Everything is ready at our end. The train service will resume its operation on December 1 from Howrah at 5.20 pm as the rake at present is at Howrah.”

Md Sohrab, president of Purana Bazar Chamber of Commerce, while expressing joy over the news of the train service resumption, said, “A large number of readymade sellers, footwear traders, cosmetic sellers were facing the most difficult time of their life for the last eight months of lockdown due to the suspension of train operations. Their entire trade was dependent on the products purchased from Dharmatala and Bara Bazar in Calcutta.”

“We are thankful to the railway administration. The timing of the service resumption is most appropriate because of the ongoing lagan (marriage) season and will help to ensure the return of much activity in the local retail market of Dhanbad as marriage-related cosmetics, puja articles, readymade garments, etc. are available at a much cheaper rate in Calcutta,” added Sohrab.

“Though all seats will be reserved and travellers will have to book the ticket in advance but even that will be much cheaper and convenient in comparison to the lockdown period difficulties when shopkeepers had to pay more than triple the train fair in buses to reach Calcutta through which they could bring only limited products due to limited space in buses,” said Malakar.

Echoing sentiments, Lallan Malakar, a florist of Dhanbad while welcoming the railways' decision for the resumption of Coalfield Express, said, “The biggest sufferer of the train operations suspension during lockdown were coal town florist as the entire coal town flower requirements are met through the Calcutta products.”

“We had to hire mini trucks or pick up vans as pool vehicle to bring flowers from Calcutta but the huge transport cost of these vehicles at Rs 14,000 to Rs 9,000 per trip was too heavy and adversely affected our profits,” explained Malakar.

Notably, besides the Coalfield Express, Dhanbad residents are also happy over the railway announcement of the resumption of Howrah Mumbai Mail (via Gaya) from December 1, as a large number of patients travelling to Tata Memorial Centre in Mumbai for cancer-related treatment was also facing difficulties due to the suspension of train operations.