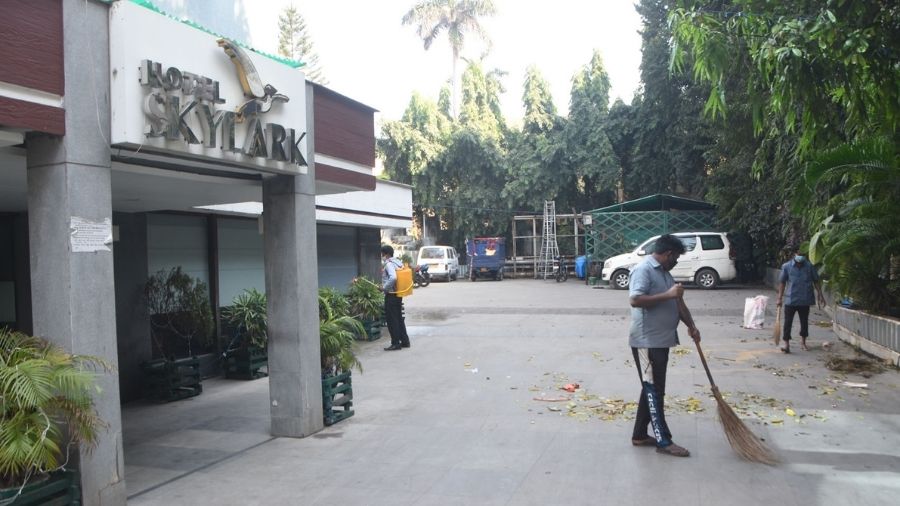 Officials of Dhanbad Municipal Corporation are conducting surveys of hospitals, government offices, resident associations, muhallas, hotels and market associations in the run up to to the Swachh Survekshan 2020.

The scrutiny is being conducted across 55 wards of five circles of the district including Dhanbad, Jharia, Sindri, Katras and Chhatatand to assess their cleanliness scenario.

The winners of all the categories would be given certificates after the conclusion of the Survey on November 5.

City manager of Dhanbad Municipal Corporation and the Swachh Bharat Mission incharge Prem Prakash said, “Our team members are giving marks to prepare the ranking  lists of each of the facilities as per the different parameters  fixed for them.”

He added, “Winners  at the district level of all the categories  will also be competing in their respective categories at the state and national level.”

For ranking of hotels, the parameters included placement of twin bins, waste processing facility like composting machines, placement of dustbins in rooms, mandatory sanitisation arrangements all over the hotel as per Covid-19 norms and floor cleaning.

Similarly, in the category of Hospitals, Resident Welfare Association, government offices, market associations, the survey for preparing ranking is being  made by allotting marks on different criterias like waste segregation facility, waste processing facility, placement of different bins in the  premises, separate toilet facility for men, women and also different abled persons, basic cleanliness and sanitation.

Prakash said, “The survey aims to foster the spirit of competition among different institutions like schools, hotels, hospitals besides government offices. We have also made previous announcements regarding the survey, every year through newspaper notices. Preparations have also been made by participants of different categories after filling up forms.” He added that they began the survey by making up survey teams and choosing the officers on Saturday.

“As part of the awareness drive we have already launched massive wall painting and slogan writing drives since October end around all the major ponds. Works are still  going on at more flyover railings and walls at an accelerated pace,” he said.

The authorities are using waste materials like tyres, bottle caps and others to decorate the areas. The logo of Dhanbad as well as Jharkhand has been made with plastic bottle caps generated at the different bottled crushing machines installed at Bank More, bus depot and the railway station.