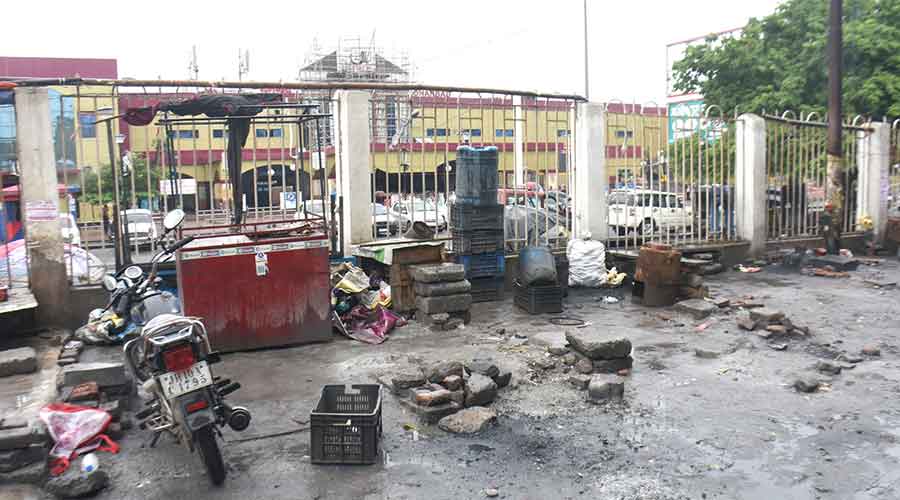 Coal town street vendors are compelled to wander from pillar to post seeking justice after being rendered jobless during the peak of monsoon following the eviction drive carried out by Railway police.

Around 30 street vendors of the station road area of Dhanbad would manage to eke out a living by selling tea, fruit and other fast foods to railway passengers.

The aggrieved vendors on Wednesday wrote to chief minister Hemant Soren seeking his intervention on the issue in the wake of a series of steps taken by the state government to prevent harassment to street vendors including the recent survey launched to provide QR Code based Smart Identity Cards and QR code Smart Certificate of Vending.

Talking to The Telegraph Online on Wednesday, Mohammed Tanvir, a street vendor of station road, said, “We have been evicted without any priority notice by Railway Protection Force last evening in presence of Government Railway Police and Dhanbad police in the name of anti encroachment drive.”

“We showed them our identity cards meant for street vendors, provided by Dhanbad Municipal Corporation (DMC) way back in 2017 and also the user charges receipt provided by the DMC but they were not ready to listen and demolished all the shops within an hour without providing any opportunity for many to shift their articles,” said Tanvir and added that no eviction order copy was given to them despite repeated demands.

“At the time of pandemic when the income of all including us have been greatly affected such a step is beyond any comprehension as I am concerned about the sustenance of life for my family as we are not in a position to shift to any other place during monsoon,” said Tanvir.

Bijay Gupta, a tea stall owner who has also become the victim of eviction drive said, “More than 40 individuals’ livelihood is dependent on my stall as besides me four to six staff members were also working with me all of whom have become jobless.”

Sneham Sinha, district coordinator of National Association of Street Vendors of India,  a nation level NGO  working for street vendors said, “We have raised the issue before the chief minister Hemant Soren today by writing a letter to him in which we pointed out that one hand state government has started survey for providing QR code based smart identity card and also QR Code based Smart Certificate in order to prevent any harassment or encroachment against them but on the other hand they are evicted without any valid reason.”

“We had also raised the issue with Purnima Singh, Jharia MLA, yesterday who in turn contacted Ashish Bansal, divisional railway manager;  Satyendra Kumar, Municipal Commissioner and Sanjeev Kumar but all of them expressed their ignorance about the eviction carried out yesterday,” said Sinha.