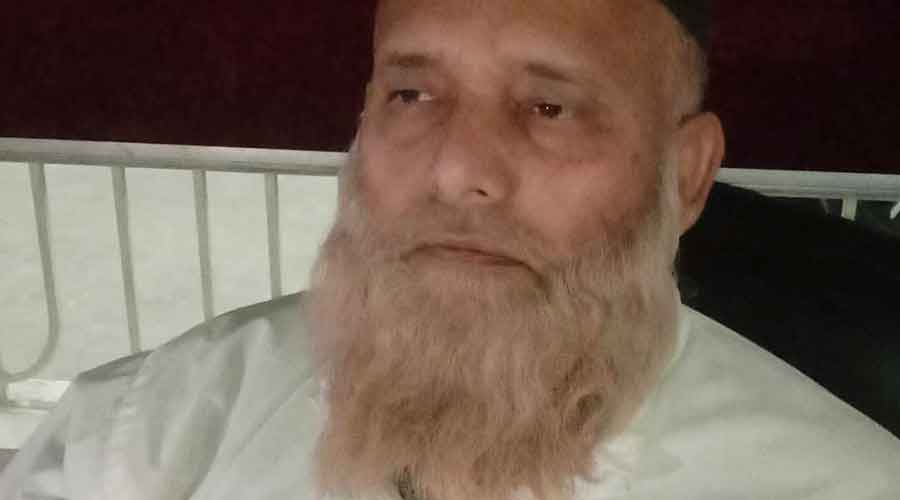 The incident took place near the Jabbar Masjid of Wasseypur when Hasan was heading towards his home at Wasseypur on a bike.

Eye witnesses present near Jabbar Masjid told police that two bike-borne criminals arrived from behind, shot Hasan in the head and then fled from the site.

Sources close to the family of the deceased claimed that Hasan, also known as Lala Khan, had recently received a letter from Aman Singh, a notorious gang leader demanding Rs 1 crore from him.

The sender of the letter identified himself as Chhotu Singh, a member of Aman Singh’s gang and claimed that whoever disobeys him is not spared. 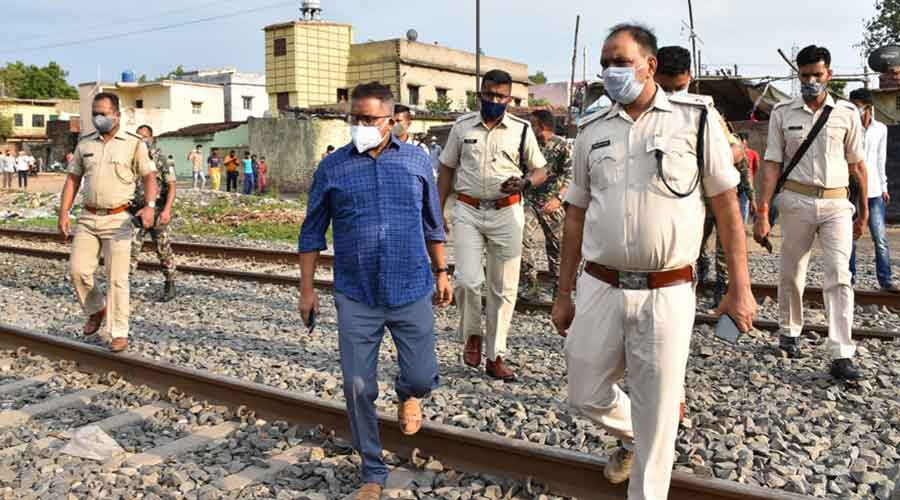 Dhanbad SSP Aseem Vikrant Minz inspects the site after the incident at Wasseypur in Dhanbad on Wednesday..
Shabbir Hussain

A joint team of Bank More and Bhuli Police outpost rushed him to Sahid Nirmal Mahto Memorial Medical College and Hospital where he died during the course of treatment.

Senior police officers including the Dhanbad Senior Superintendent of Police Assem Vikrant Minz and City SP, R. Ramkumar took details from the family members of the deceased and also the eyewitnesses near the incident site.

Minz said, “We are trying to find out reasons for the incident and we have also seized a bike allegedly used by the criminals.”

“We are trying to find out whether some personal enmity was behind the murder of Lala Khan and will try to crack the case as soon as possible on the basis of clues received by us,” said Minz.

Aman Singh, was arrested by police from Mirzapur in UP on May 3, 2017 as the first shooter in the Niraj Singh murder. Singh has figured in a number of extortion threat cases to various private coal contractors, businessmen and politicians, including Rajesh Gupta, a close aide of Baghmara MLA Dhullu Mahto.

He was shifted from Dhanbad divisional jail to Hotwar jail in Ranchi last year and was remanded for three days by Dhanbad police on February 10 this year in connection with threat calls made to a Govindpur based trader, Vimla Devi for a land deal case.