Hemant also asks tribals to concentrate on their kids’ education 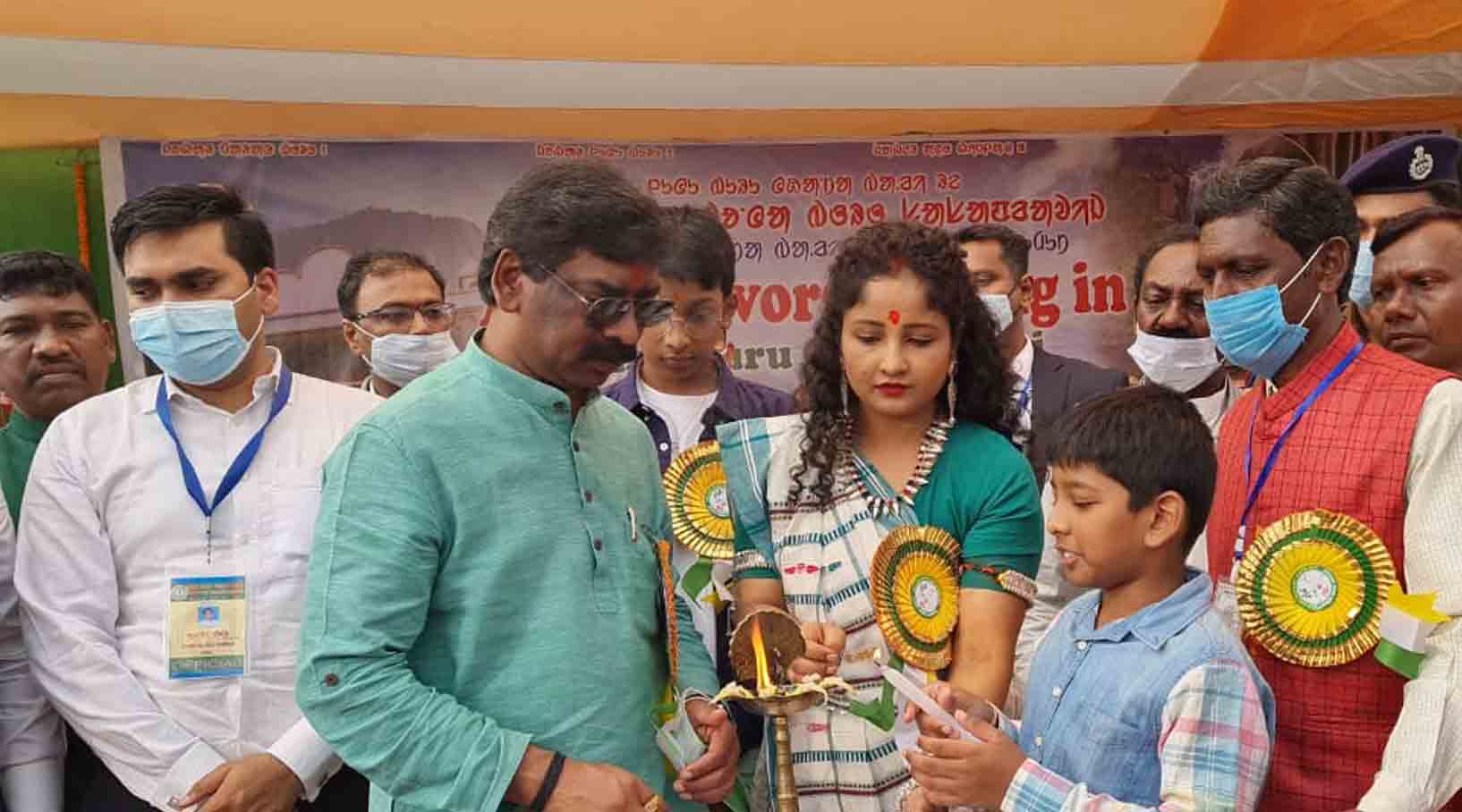 Chief Minister, Hemant Soren along with his wife and son, inaugurates the concluding day of the International Sarna Conference in Bokaro on Friday
Gautam Dey
Praduman Choubey   |   Dhanbad   |   Published 19.11.21, 09:01 PM

The Chief Minister made the assurance while addressing devotees during the annual worshipping at the Sarna religious place, situated atop the hilly area of Lugu Buru Ghanta Bari - 21 annual International Sarna Conference.

Hemant also made a fervent appeal to tribals to concentrate on their kids’ education and desist from consuming and selling liquor.

Hemant was accompanied at the conference by his wife, Kalpana, children, cabinet colleague Champai Soren. He added, “The government is working on an all-round development of the neglected, marginalised and oppressed section of the society.” He requested tribals to lodge a complaint with the people’s representatives in case of any negligence on the part of officials.

Hemant also handed over appointment letters to several candidates of the District Education department and distributed lease papers of lands among the displaced of Tenughat Thermal Power Corporation. “The government has brought Aapke Adhikar, Aapki Sarkar, Aapke Dwar Programme for the benefit of the common people with special focus on redressal of complaints related to old-age pension and disability pension schemes. Talented students would be provided SUV at 50% subsidy,” Hemant elaborated.

Notably tribal people from various parts of country including, Odisha, Bengal, Madhya Pradesh, Chhatisgarh, Maharashtra, Andhra Pradesh, Kerala besides the neighbouring countries like Sri Lanka, Bangladesh, Nepal are part of the event. They bathe in the Charcharia Canal situated on the foothills of Lugu Buru religious place which never dries up and drink water from a nearby hill which has divine power.

Lugu Buru, considered the founding father of Santhal, dates back to an era before Christ. According to a saying, Lugu Buru possessed divine powers, allowing him to take on any form and meditated in the dense forests of the hills of the region. The nearby Lugu Buru hill has, therefore, been christened as Lugu Buru Ghanta Bari since he spent 12 long years here to pray, reflect, debate and discuss their future and established a self-governing system of administration.