Clean-up drive in Dhanbad before Holi 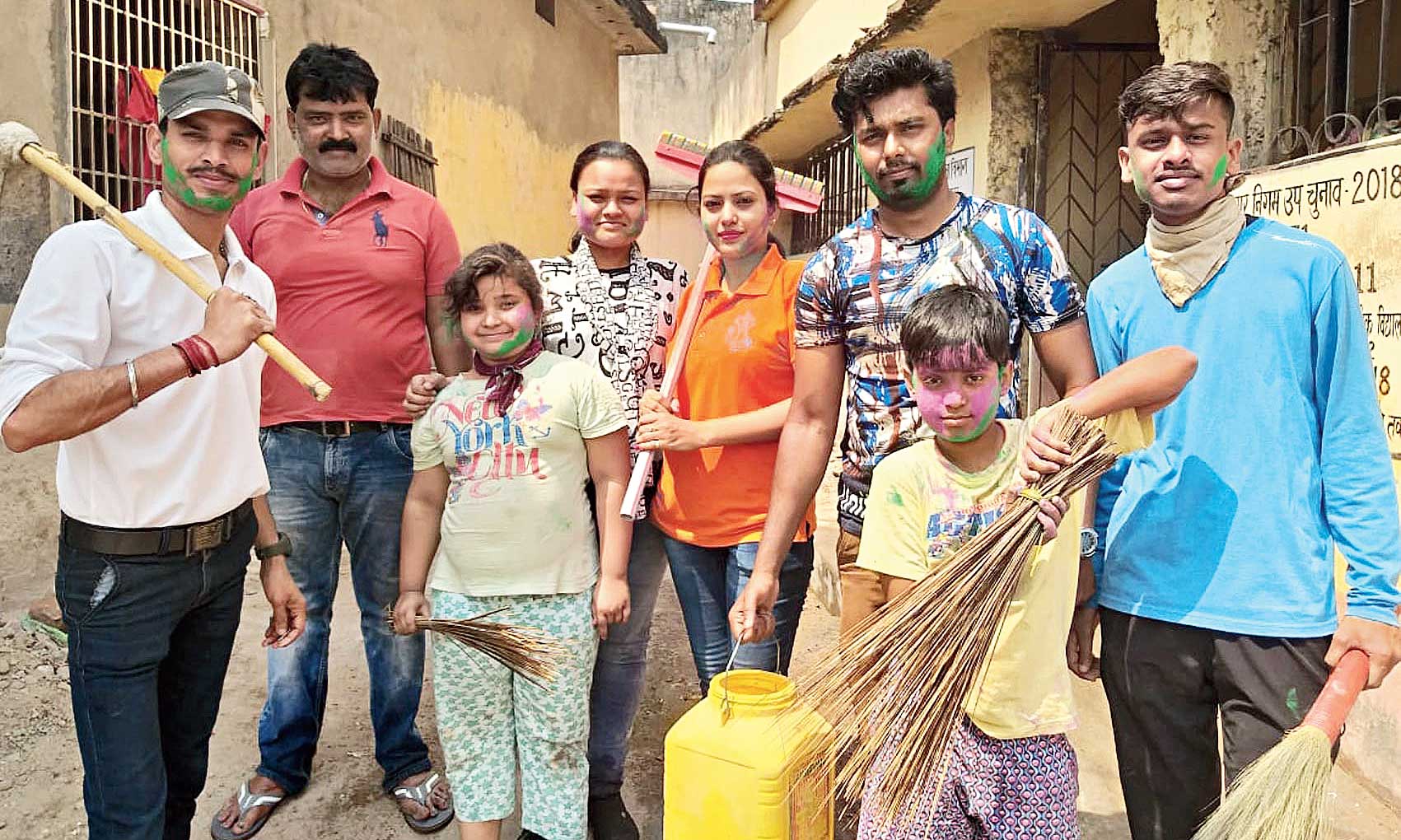 Volunteers of NGO Samadhan with gulal smeared on their faces after conducting a cleaning drive at Gandhi Muhalla in Dhanbad on Thursday.
Picture by Gautam Dey
Our Correspondent   |   Dhanbad   |   Published 14.03.19, 07:51 PM

Around 12 volunteers of the Jharia-based social outfit Samadhan on Thursday launched a cleanliness drive ahead of Holi at Gandhi Muhalla in Ward 34 of coal town.

Led my Samadhan founder and brand ambassador of Dhanbad Municipal Corporation Chandan Singh, the volunteers reached the locality around 9am and in the next two hours they swept the streets, collected garbage and dumped them into a trolley with the help of civic workers. Later they also engaged in pre-Holi revelry by smearing gulal on each other and dancing to Holi songs.

“Holi is the festival of colours and during this time people also focus on cleaning their homes. We wanted to keep the areas clean ahead of the festival. Why always wait for the cleanliness staff to collect garbage the next day when we can keep our houses and surroundings clean,” said Chandan Singh.

Volunteers conduct the cleaning drive at Gandhi Muhalla in Dhanbad on Thursday.
Picture by Gautam Dey

He further said they would carry out similar cleanliness drives in different localities of Dhanbad before Holi. “We will visit Mada colony in Jharia tomorrow (Friday),” added Singh, who became the brand ambassador of Dhanbad Municipal Corporation last month.

Former school teacher and volunteer of Samadhan Abda Parveen said, “I left my job of a teacher four years back as I wanted to get associated with Samadhan. I feel life shouldn’t be restricted within the four walls of our house but we should contribute towards the community and encourage others to do the same.”

Uttam Sinha, a small-time trader who also participated in the cleanliness drive and later served tea and snacks to the members, said, “After today’s drive I learnt that instead of holding the government or the civic body responsible for small things why not take initiative ourselves and work for the society.”