Fresh wave of protest against CAA, NRC and NPR in Wasseypur as more than 4000 people come out on streets 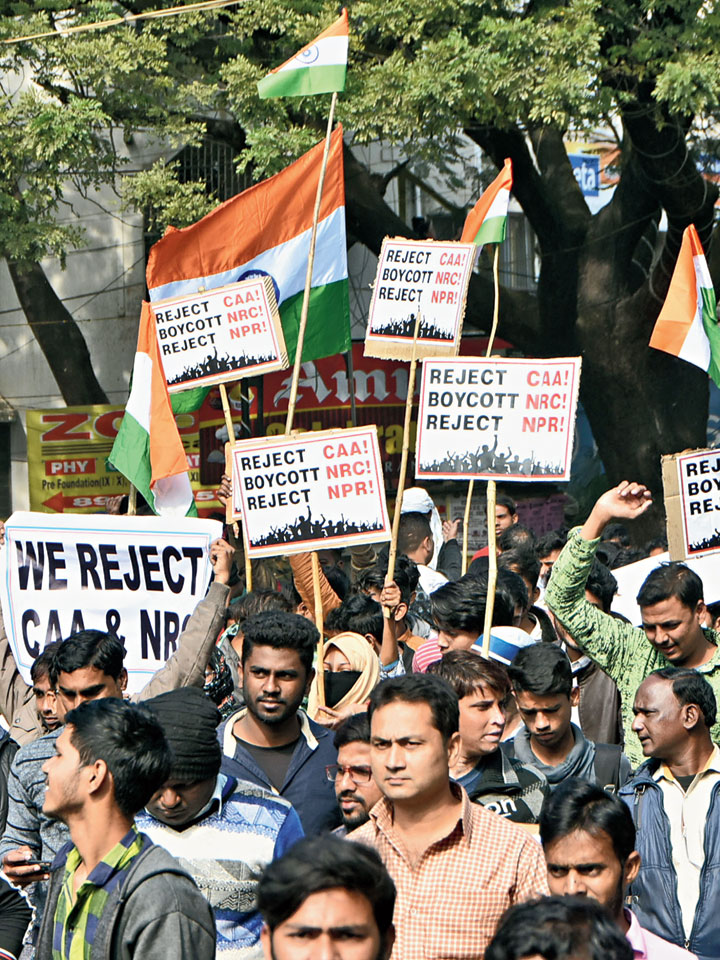 “Na Hindu jalega, na Musalman jalega, tum aag lagaoge to insaan jalega (Neither Hindus nor Muslims will burn, if you light a fire humanity will burn).”

With slogans like this, a fresh wave of protest against the Citizenship (Amendment) Act (CAA), the National Register of Citizens (NRC) and the National Population Register (NPR) came from Wasseypur on Tuesday as more than 4,000 people took out a march from Ara Mor amid heavy police bandobast around 10am.

The Indian cabinet has approved funds for a census and a population survey to be held in 2020 despite weeks of protests over a citizenship law that critics say is anti-Muslim.

The almost-five-hour protest march began from Ara Mor in Wasseypur and passed through Rangatand Chowk, Puja Talkies, Bekar Bandh, Combined Building Chowk, Luby Circular Road and finally reached at Randhir Verma Chowk from where they returned back to Wasseypur through Court Mor, the railway station and Rangatand Chowk. 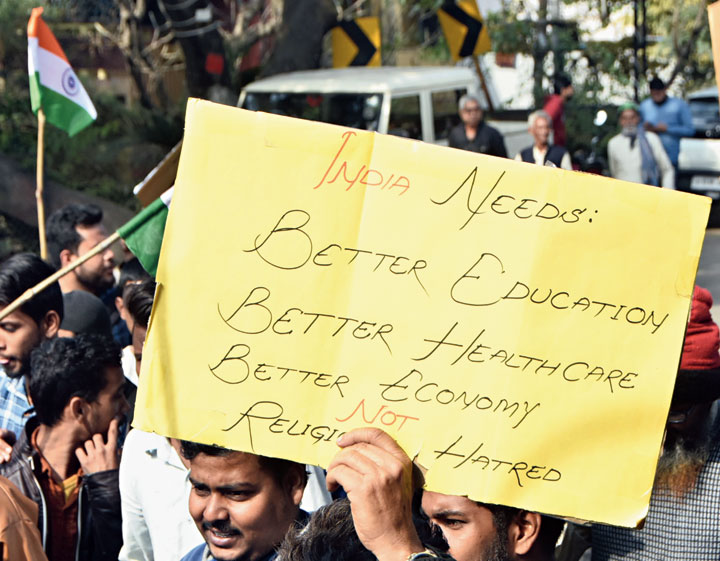