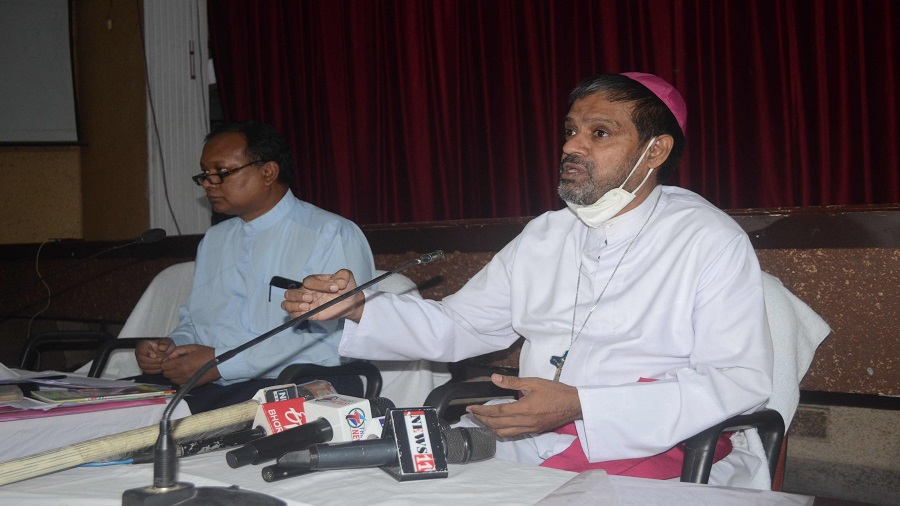 The Catholic Church here organising a 5km-long human chain in Ranch on Friday to escalate the demand for the release of Stan Swamy, the 83-year-old Jesuit priest and rights activists who was arrested by National Investigating Agency (NIA) on October 8 for alleged links to the 2017 Bhima Koregaon violence in Pune.

Father Theodore Mascarenhas, the auxiliary bishop of Ranchi, told the media on Thursday that thousands of Christians and like-minded rights activists will descend on Albert Ekka Chowk to form the human chain.

“Starting from Albert Ekka Chowk, the human chain will pass through Sarjana Chowk, Dangratoli,  and Kantatoli to express solidarity with Stan and demand his immediate release,” said Mascarenhas in the presence of priests and officials of Catholic churches of Ranchi at XISS auditorium.

NIA picked Swamy from his residence in Bagaicha in Namkum at night on October 9. He was flown to Mumbai the next day. The central agency, in its chargesheet in court on the ongoing probe in the Bhima Koregaon case, has accused him of harbouring links with CPI (Maoist) groups.

His arrest, however, triggered a nationwide uproar, with citizens, activists, and even some politicians accusing the Union government of attempting to silence dissent. Jharkhand chief minister Hemant Soren also spoke out against Stan Swamy’s arrest.

Mascarenhas said they had formally appealed to the Jharkhand government to intervene and seek the release of Swamy.

About Friday’s programme, he said, “We believe he is innocent and his decades-old work for the rights of tribals and the marginalised stands unparalleled. The way such an elderly person is being harassed should evoke strong reactions from everywhere.”

Mascarenhas revealed that they would also hold a silent prayer meeting for Swamy on Friday evening. “We have informed the district administration and will abide by all the safety norms in the wake of covid-19,” he said.