If voted to power, the BJP-led NDA government will lead India to be the third biggest economy of the world: Rajnath 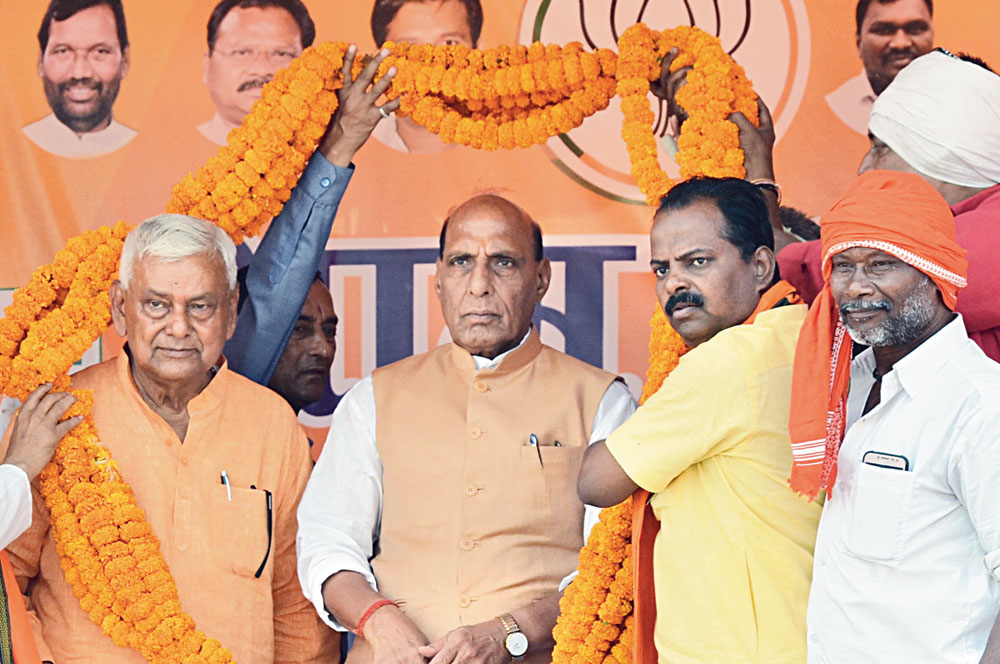 “Agar Congress kahti hai, chowkidar chor hai, hum kahte hain chowkidar pure hai, chowkidar sure hai and wahi ek cure hai (If the Congress calls chowkidar a thief, we call the chowkidar pure, sure and the only cure,” the Union home minister thundered in Adityapur, a couple of hours after Congress president Rahul Gandhi campaigned in nearby Chaibasa.

From national security to gas connections and housing for the poor, the Union home minister spoke about Modi the doer in front of around 500 people in Jharia’s Digwadih and 5,000 in Adityapur. Both the venues were significant as they were pitted against Rahul Gandhi roadshow and rally close by, in Dhanbad and Chaibasa, respectively, but the timings did not clash.

In both Jharia and Adityapur, Singh said that steered by Modi’s able leadership, India had become the 6th biggest economy in world and would become the 5th biggest in six months. “If voted to power, the BJP-led NDA government will lead India to be the third biggest economy of the world,” he said in Adityapur.

In Jharia, he said, “Every government has its own style of functioning. The Modi government has not only launched new schemes but also accelerated the pace of implementation of existing ones.”

Singh said though the housing scheme was launched by Congress, its government could build “only 25 lakh houses in six years” whereas the “Modi government built more than 1.30 crore houses in five years”. ‘

He added, “We distributed more that 13 crore LPG connections. He said no family would be without a roof by 2022 and each house will have an LPG gas connection.”

In Jharia, home minister Singh said India’s brave soldiers had given a befitting reply to the Pulwama terror attack and destroyed terror camps by entering deep inside Pakistan but the Opposition sought proof. “Who will tell parties like JMM that the brave soldiers do not count dead bodies, it is the work of vultures,” he said.