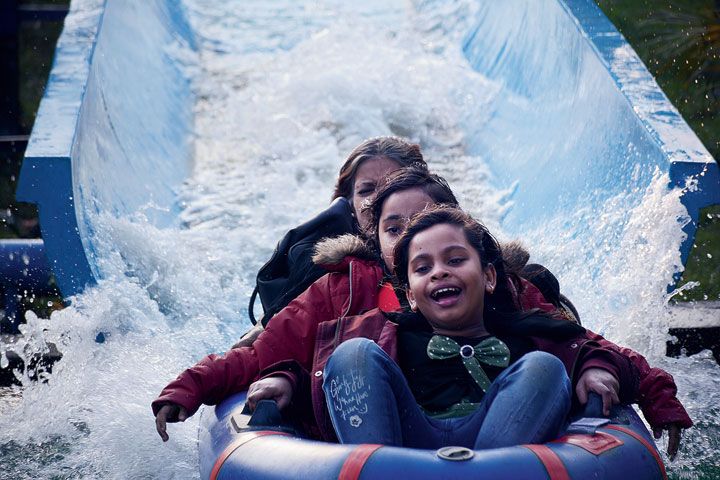 Clear skies and free flow of the north wind have resulted in the return of cold-wave conditions in the state, weathermen said on Tuesday.

Snowfall in Jammu & Kashmir and Uttarakhand has added to the chill as the cold winds have been flowing to Jharkhand for the last 24 hours.

In its afternoon bulletin on Tuesday, the Ranchi Meteorological Centre said that cold-wave condition was prevailing in southern parts of the state.

The weather was bright and clear on Tuesday in most parts of the state, resulting in a drop in night readings.

Daltonganj, the Palamau district headquarters, on Tuesday recorded a minimum of 8.9°C — same as Monday.

In Chaibasa, the mercury plummeted to 7°C on Monday from Monday’s 9°C. In Dumka and several other districts in northern parts of Jharkhand including Pakur, Hazaribagh, Giridih, Deoghar and Chatra, sub-10° chill was prevailing on Tuesday.

However, the weather is expected to change from Wednesday due to the impact of a western disturbance, which would pass through northern parts of the country and impact Jharkhand’s weather for the next 48 hours or so, weathermen said.

The Met centre has forecast shallow to moderate fog in several districts of Jharkhand during the next two days with rise in night readings by three to four notches in the next 72 hours with again a gradual fall in night temperature by two to three degrees.

For Wednesday, the Met office issued a forecast of generally cloudy sky with possibility of light to moderate rain or thundershowers at a few places in the districts of central and north Jharkhand.

The forecast for Thursday indicated generally cloudy sky with possibility of light to moderate rain at few places in north-eastern, southern and central Jharkhand. The Met department also issued an alert of thunderstorm with lightning at one or two isolated places.