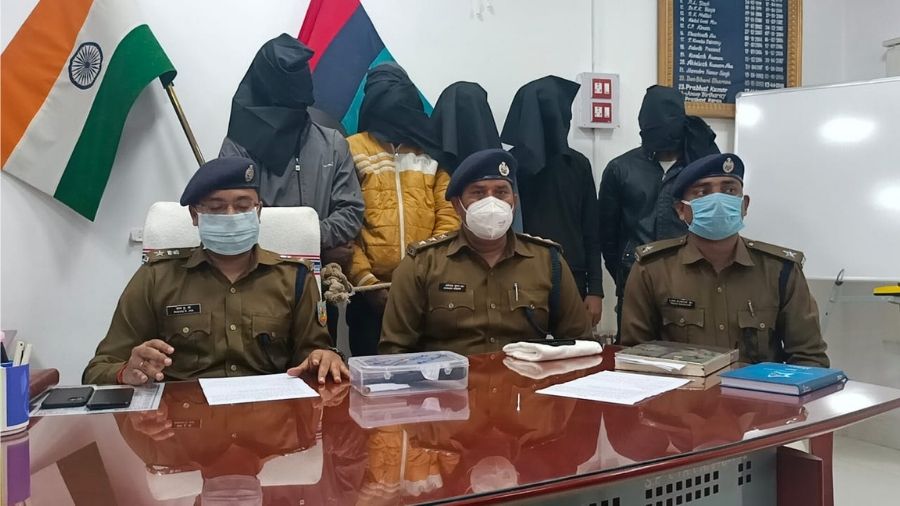 Chatra Police on Saturday arrested five members of a gang, involved in beating up two minor girls, within 24 hours of the video of the incident going viral on Thursday.

Confirming the arrest, superintendent of police Rishav Kumar Jha said they will file the chargesheet against the five in a week to ensure speedy procedure in getting punishment.

The police also recovered a country made pistol, live bullets from the accused and two bikes.

Days ago, a video showing the men punching the girls’ faces and kicking them mercilessly went viral.

According to the police, the girls were going to their coaching classes when members of the gang started misbehaving with them, after which the duo opposed.

The accused were even seen threatening the minors with them if they opened their mouths.

However, they walked to the local police station, lodging an FIR against five -- Uttam Yadav, Amit Kumar Yadav, Gautam Kumar Singh, Pintu Yadav and Ritesh Yadav. They said Uttam and his associates were creating trouble for long, passing lewd remarks and misbehaving with them.

Upon receiving the complaint, Jha immediately formed a team to nab the accused as soon as possible. “We will not spare anyone involved in crime against women,” he said.

Locals said it became tough for the girls to go to school or college after the video went viral.