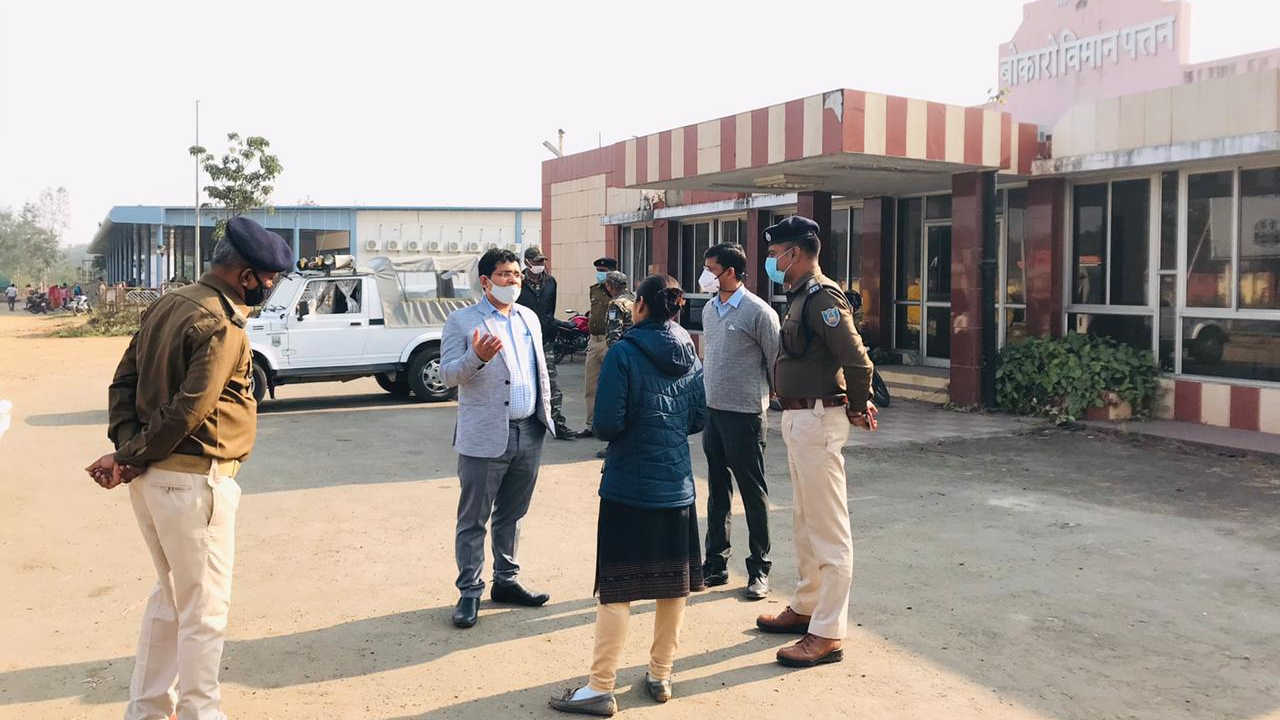 This followed a complaint he received regarding anti-social elements creating disturbance in development work - cattle are being sent inside the premises and the existing boundary wall is being breached at several points.

Airport AUthority of India (AAI) has deployed two supervisors to safeguard the 1671 meters long runway from cattle - cow dungs can damage the runway surface. Bokaro Airport is owned and maintained by BSL, but AAI has undertaken the Rs 48 crore development work.

AAI management has informed the district administration about the growing disturbance and also pointed out that this is causing a delay in the completion of work. A release issued by Bokaro Public Relation Department (PRD) mentioned that "SDO along with the Circle Officer (CO), Chas, Diwakar Prasad Dwivedi and police officers of police station visited the airport and inspected the entire premises thoroughly".

The PRD release also stated that "SDO after assessing the situation directed the airport management to provide a written complaint against anti-social elements who are involved in encroachment to the district administration. So that punitive action can be taken against the miscreants after identifying them. At the same time, SDO instructed Officer-in-Charge of Sector-12 police station and city police station to identify anti-social elements and take action against them by patrolling from time to time".

The December 11 complaint said local people residing in the area adjoining the boundary wall at Gumla Nagar, Sector - 12, and Dundi Bagh are causing disturbance during execution of the boundary wall work. About 80 percent of the work has been completed. The rest of the work, if executed smoothly, is expected to be completed within four-five months.

Bokaro airport presently manages non-scheduled flights. Once civil operations begin, the airport will connect the steel city to Patna and Kolkata under RCS-UDAN. Project work includes the construction of the terminal building with 300 passenger peak hour capacity along with strengthening and re-carpeting work of runway, apron, and taxi track for ATR-72 aircraft, AAI sources informed.

It has been almost two years since the foundation was laid down for the expansion, but commercial flights are yet to become operational here. Once work gets completed, AAI will have to obtain a license from DGCA to begin flight operation. Sources said that the 72-seater flight probably of Spice Jet will launch its service in Bokaro.