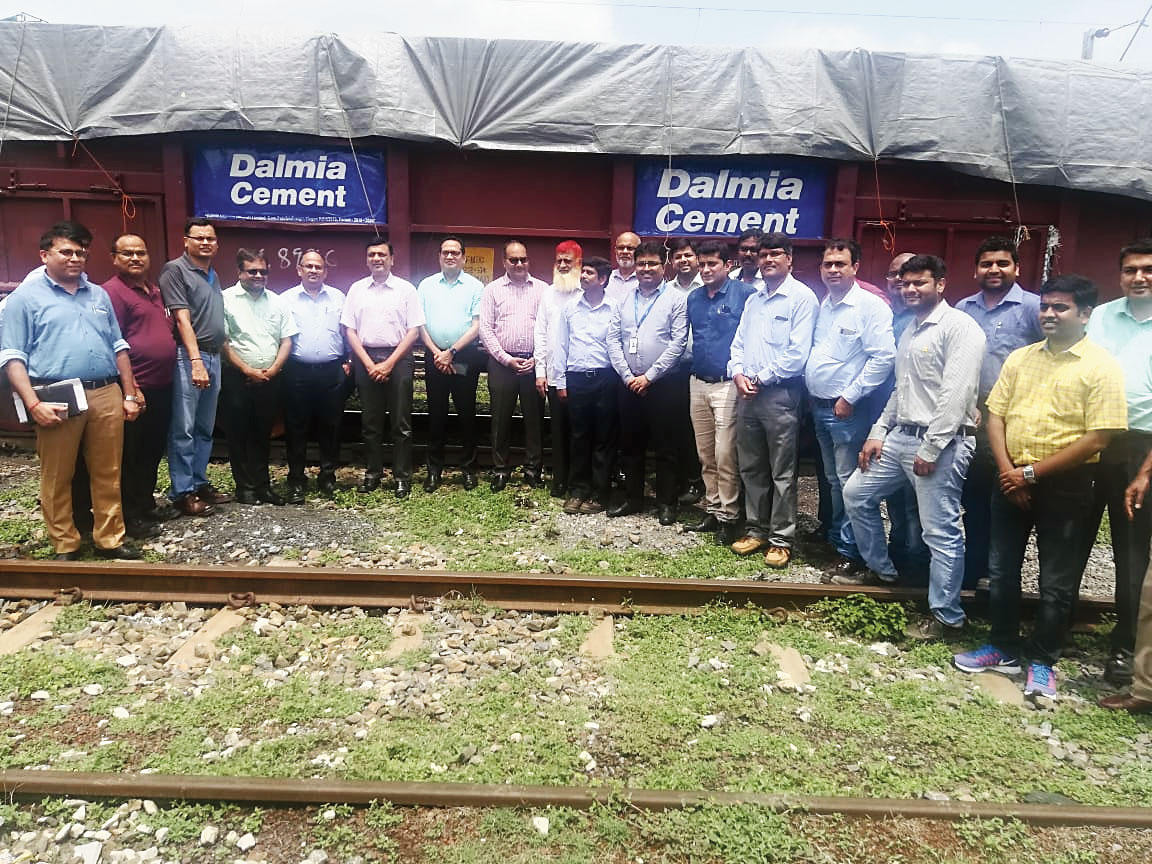 Railway officials during the flagging off of a rake displaying an advertisement at Chakradharpur in West Singhbhum on Saturday.
Telegraph picture
Our Special Correspondent   |   Jamshedpur   |   Published 23.06.19, 06:33 PM

The Chakradharpur division of South Eastern Railway (SER) has implemented its latest initiative Branding on Wheels, which it hopes will be a revenue-spinner, on a freight train.

The railways on Saturday entered into a Rs 1.5-crore contract with Dalmia Bharat Cement to display the latter’s advertisements on the exterior of the freight train, said Manish Pathak, senior divisional commercial manager of Chakradharpur division and spokesperson.

“It’s a five-year contract worth Rs 1.5 crore where we are displaying the brand on the exteriors of 300 wagons of five rakes. This display on the freight train will give wide publicity to the brand across the country. It is an innovative mobile advertisement, which is part of our Branding on Wheels initiative,” he said.

This comes on the heels of a similar branding initiative on the popular Steel Superfast Express running between Tatanagar and Howrah to mark the centenary celebrations of the naming of the steel city under the theme Jamshedpur on Rails. Here, Tata Steel was the SER’s client.

Pathak said they were hoping these mobile advertisements generate both buzz and revenues. “Apart from generating (NFR) non-fare revenues, these initiatives will benefit the railways and the brands, be it Tata Steel or Dalmia Bharat Cement. We are exploring similar tie-ups with other business houses,” he said.