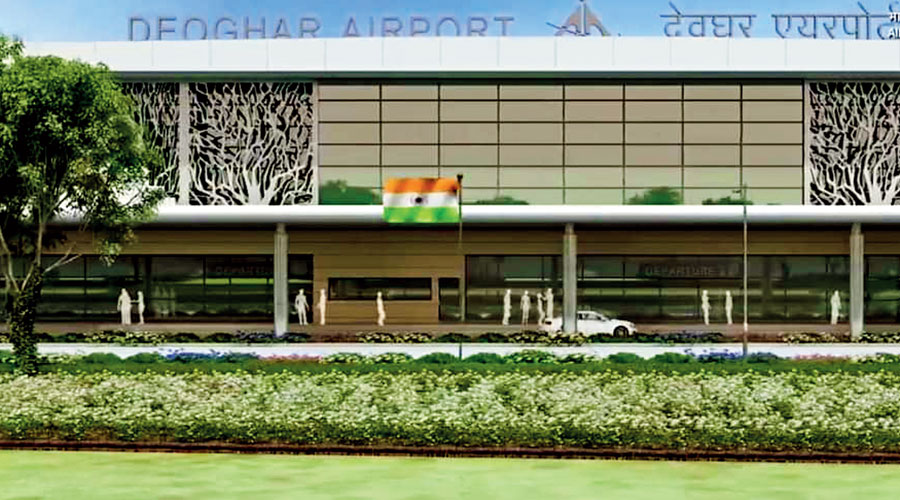 Union civil aviation minister Hardeep Singh Puri will visit Deoghar on Saturday to review the progress of development work of the airport in the Jharkhand town.

Once complete, this will be the second airport after Ranchi in Jharkhand that will be capable of handling flights including large aircraft and is expected to boost regional connectivity and tourism.

Puri will visit both Bihar and Jharkhand for the review of Darbhanga and Deoghar airports respectively on Saturday, said a release issued by the civil aviation ministry that was circulated by the Press Information Bureau on Thursday.

“The minister will first go to Darbhanga (Bihar) tomorrow (Saturday) and will come here in the second half,” said a senior official of the Deoghar district administration, adding that they were expecting Puri to visit between 2pm and 4pm.

“With the operationalisation of these airports, air connectivity of the region will be improved and it will give an impetus to local tourism and will generate employment in the region,” said the release.

Deoghar airport is being developed by the Airports Authority of India in collaboration with the Defence Research and Development Organisation (DRDO) and the Jharkhand government, the release said.

Prime Minister Narendra Modi laid the foundation stone for the development work of Deoghar airport through a video link from an event in Sindri (Jharkhand) on May 25, 2018.

Being developed at a project cost of Rs 401.34 crore, the Deoghar airport is spread over 653.75 acres of land and its terminal building is being built over an area of 4,000sqm, while the runway is 2,500 metres long.

“Almost 90 per cent of the work is complete,” said Vinod Sharma, director of Ranchi’s Birsa Munda Airport who will be present in Deoghar during the minister’s visit.

He said the rest of the work would soon be complete.

“Yes, the airport will be suitable for operation of Airbus A320 type of aircraft,” he said when asked about the long runway.

With an environment-friendly architectural design and state-of-the-art passenger facilities, the terminal building will be a composite structure inspired by the shikhars (rising towers) of the Baidyanath temple, the ministry release said.

Ranchi airport: The post-lockdown operations at Birsa Munda Airport in Ranchi are gradually returning to normal with the introduction of two more flights from Wednesday.

Of the two new flights, one is a morning flight that arrives from Hyderabad and flies back after 40 minutes while the other one lands in the evening that comes from Mumbai and returns the same evening.

“With these two, we now have a dozen pair of flights to handle here,” airport director Sharma said when asked.

The airport earlier used to handle 30 flights before operations were stalled due to the lockdown in March.