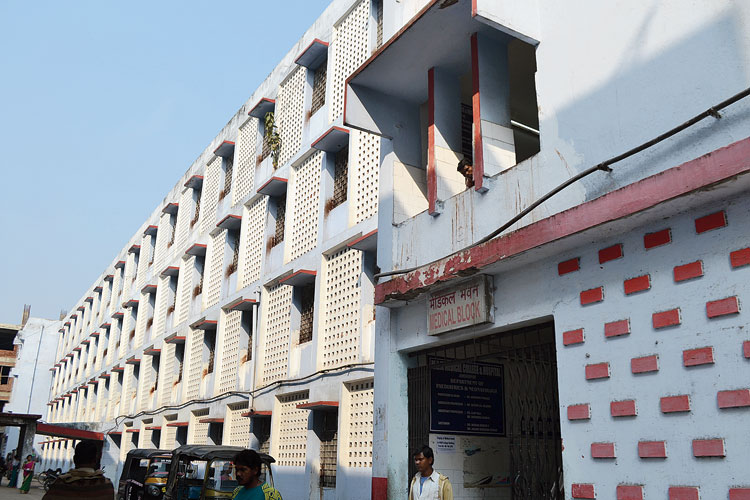 Police on Saturday declared a reward of Rs 10,000 for information that helps arrest the youth who allegedly raped a 58-year-old woman patient at the government-run MGM Medical College and Hospital’s medicine ward in the small hours of March 5.

The police had to resort to declaring a reward as they have not been able to apprehend the culprit even after 72 hours from the time the survivor lodged an FIR against the unidentified accused with Sakchi police.

East Singhbhum SSP Anoop Birtharay said they had to declare the reward of Rs 10,000 as they had not been able to trace the culprit. “We have detected the image of the rapist in the CCTV footage but that alone won’t lead to his arrest. This is why we declared a reward so that people who know him can turn up with specific information about him,” Birtharay said.

The SSP added that he was in the process of spreading the news of the cash reward on social media platforms.

The survivor who is a resident of Parsudih was raped by a knife-wielding youth at her bed in the medicine ward of the MGM Medical College Hospital in the wee hours of March 5.

Helped into an auto-rickshaw by a staff nurse, the shocked woman left the hospital in the morning.

Despite the commotion that followed at the hospital and on social media, the hospital administration initially rubbished the incident calling it a rumour. A local daily posted the news, attracting the attention of the SSP, who got the matter probed suo motu and traced the woman to make her file an FIR against the rapist.

As per CCTV footage, the culprit came to the medicine ward on the third floor of the hospital past 11pm on March 4 and emerged out of the building block at about 3am on March 5. The timing of the CCTV footage corroborated with the survivor’s statement.