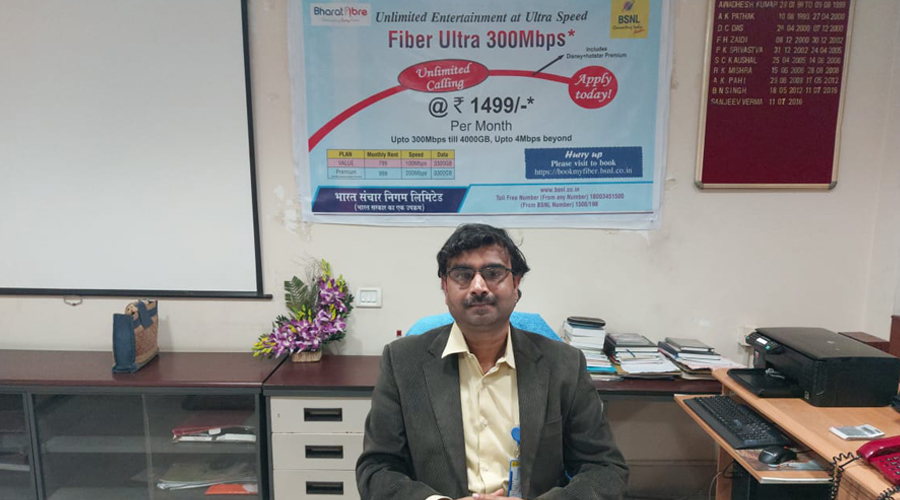 General manager of BSNL's Jamshedpur secondary switching area (SSA) Sanjeev Verma said, "The work from home culture is becoming popular in the prevailing pandemic like online classes and meetings. BSNL's Bharat Air Fibre Service which provides high-speed broadband connectivity of the order of 100 Mbps is acting as a true enabler in synergising this culture along with seamlessly providing e-education across the country.”

He went on to say that Bharat Air Fibre Service, known as FTTH: fibre-to-the-home, is handy in areas where laying cables is difficult and time-consuming.

The telecom major offers several promotional plans in the FTTH service, both in entry-level and high-speed plans. Verma said BSNL will hold melas in housing societies in Jamshedpur as a part of BSNL's Aap Ke Dwaar (BSNL At Your Doorstep) initiative.

"This is a special drive which will be carried out in December wherein BSNL teams along with its empanelled partner will conduct focused melas in housing societies for booking new FTTH connections," he said.

In addition, shop-to-shop visits in Sakchi and Bistupur market area would also be initiated to promote FTTH services.