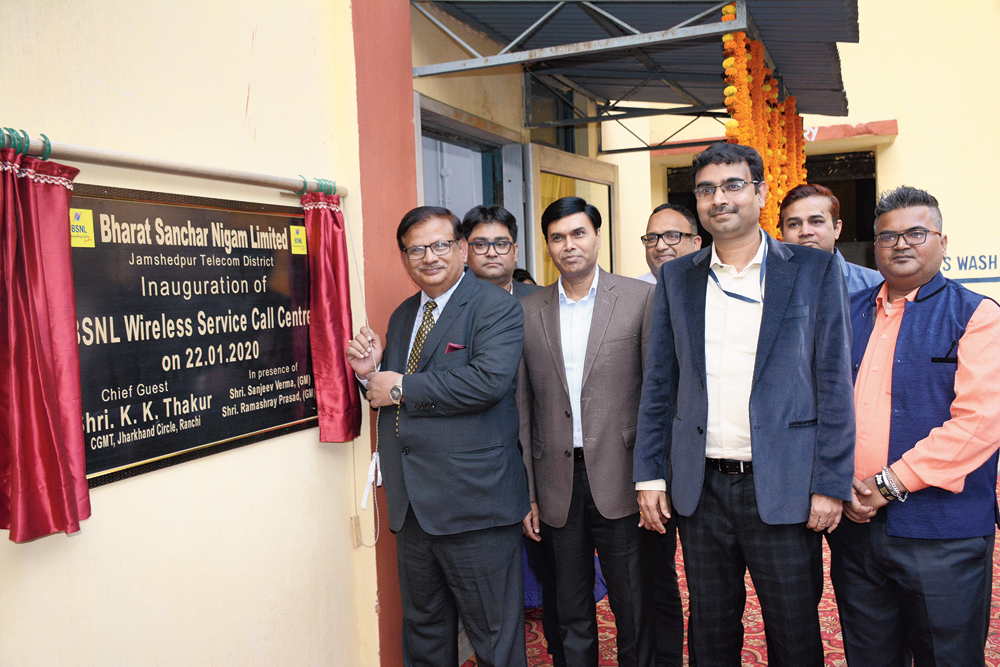 Bharat Sanchar Nigam Limited (BSNL) on Wednesday opened a call centre to cater to its mobile subscribers in both Jharkhand and Bihar circles.

The telecom major has engaged Karvy to run the call centre at its Garamnala telephone exchange.

“We will review the functioning of the call centre in a weekly and monthly basis. The call centre will also help in making outbound calls to customers,” he said.

Karvy official Kumar Rama Seshu, who had come from Hyderabad, said it was a proud moment for BSNL- Jamshedpur. “The call centre will hire around 300 local people. BSNL officials here had to make a concerted effort in convincing its corporate office in New Delhi to allot a call centre in Jamshedpur,” he said.

BSNL general manager (marketing) Ramashray Prasad said the state-owned telecom major, which was in a revival mode, was committed to providing excellent services to its subscribers. “When all other operators have raised their call and data charges between 15 and 45 per cent, BSNL has refrained from doing so. We have also got allotments for 4G spectrum in Jharkhand.”

General manager of BSNL's Jamshedpur Secondary Switching Area, Sanjeev Verma and other senior officials were also present on the occasion.