Karat, who was in Dumka since Thursday to chair the two-day CPM state level further accused the BJP misusing its majority in both the Houses of the Parliament 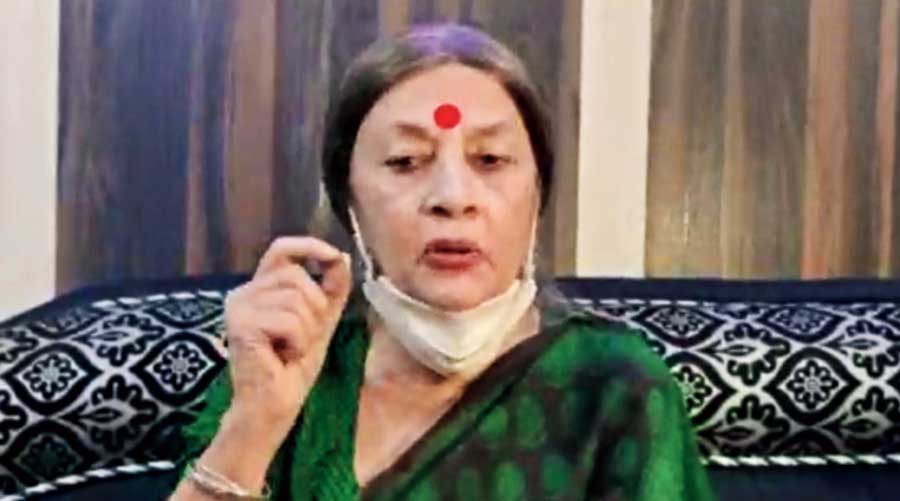 CPM politburo Brinda Karat blamed the Central government for the disruption of the monsoon session as the BJP was trying to run Parliament as an ‘RSS shakha’.

“It is the responsibility of the Central government to run the Parliament but recently we have seen the ruling BJP government trying to run it (Parliament) like a RSS Shakha. We would not let the Parliament be a RSS Shakha or a place for gurudakshina where everyone would clap to the speech of Modiji (Prime Minister Narendra Modi. The business agenda were finalised without taking opposition into confidence and BJP in order to try to hide its failure disrupted Parliament proceedings,” said the former Rajya Sabha from Bengal while addressing the media at the Circuit House in Dumka.

Karat who was in Dumka since Thursday to chair the two-day CPM state level further accused the BJP misusing its majority in both the Houses of the Parliament.

“The ruling party was misusing its majority as a tool of arrogance and tyranny to suppress voices of opposition instead of debating on major issues inside the Parliament. It was a shameful act that outside persons were called in as marshals to manhandle Parliamentarians,” Karat said.

The CPM leader said that if the Narendra Modi-led government cares about the sanctity of the Parliament it should have disclosed all materials on Pegasus.

“It should have discussed the issue and disclosed all materials and documents about the authorisation and orders relating to the use of Pegasus. It is not only the Pegasus row but also the farmers who have been protesting against the new farm laws but the Prime Minister has not even bothered to talk with them,” said Karat.

Significantly, the Central government on Wednesday blamed the opposition behaviour in Rajya Sabha as a new low in Parliamentary democracy and sought apology from the opposition for disruptive and threatening behaviour forcing Parliament to close two days ahead of schedule.

The CPM leader during a meeting with the CPM state leaders also discussed about the massive awareness campaign to be launched in Jharkhand in September against the anti-people policies of the Central government during which 10 lakh people would be contacted personally by the CPM cadres in Jharkhand.

Karat also supported the pan-India movement by more than 150 organisations in memory of Father Stan Swamy who died while undergoing treatment in a private hospital in Bombay while under judicial custody.

“We support the campaign by the human rights outfit and supported by several organisations for repeal of UAPA, sedition laws and release of undertrial prisoners arrested on fabricated charges,” said Karat.