Hansda had posted on Facebook, “If Santhals are Indians, there should be no law that forces us to accept Hindu customs” 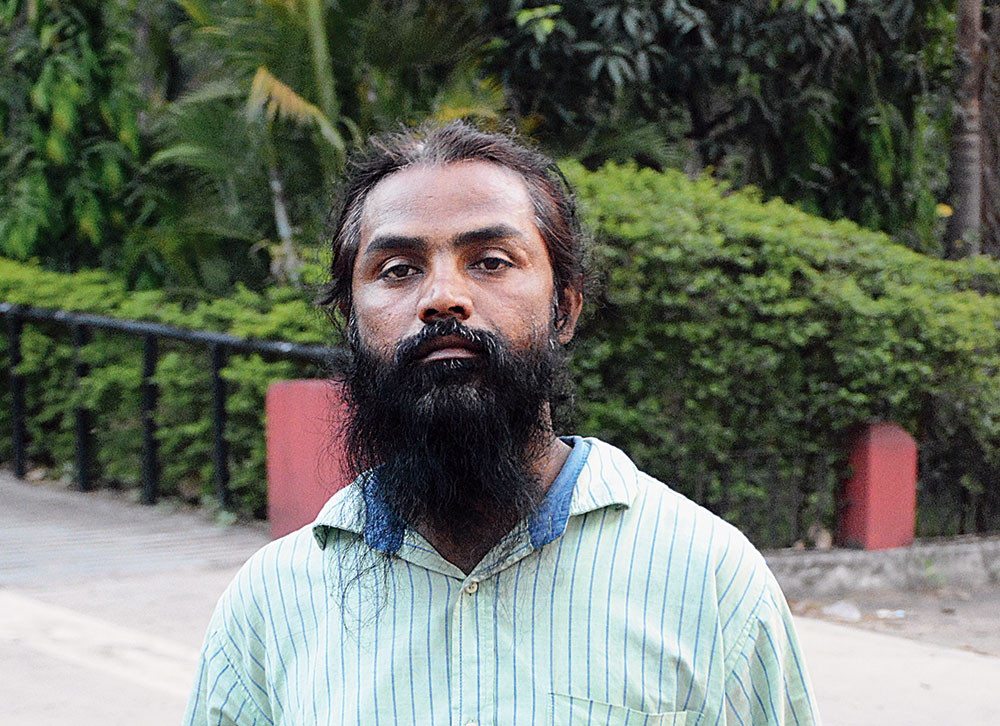 Many tribals have come forward to say cow slaughter should not be banned in areas under the Fifth Schedule of the Constitution, meant for the protection of tribals and aboriginals, in the wake of Saturday’s arrest of Santhal theatre activist Jeetrai Hansda who defended his community’s right to eat beef in a Facebook post in 2017.

They have also wondered why Hansda — who had said on Facebook in June 2017 that he wanted to organise a “beef party” in Jamshedpur and explained why eating beef was a tradition in his community — was arrested almost two years after that post, but barely two days after the declaration of election results giving the BJP-led NDA a resounding mandate.

Jharkhand had passed the cow slaughter law way back in 2005 (The Jharkhand Bovine Animal Prohibition of Slaughter Act 2005). But with the BJP in power both at the Centre and state, the Raghubar Das government began enforcing it strictly leading to aggressive cow vigilantism, including lynching of beef traders, suspected or otherwise.

However, Muslims and many tribal communities such as Santhals have been eating beef since ages. Hansda had posted on Facebook, “If Santhals are Indians, there should be no law that forces us to accept Hindu customs”.

Santhal politician Surya Singh Besra, former Ghatshila MLA in united Bihar and one of the founders of Ajsu Party, which is now a BJP ally, agreed with Hansda.

He said on Monday had faced a similar problem as Jeetrai Hansda and that he had vehemently protested the ban on beef eating and cow slaughter during a rally to mark Birsa Jayanti held at Mahuatand in Latehar on November 15, 2018.

“I had also said cow sacrifice was an integral part of Santhal culture. Tribals do consume beef after the rituals of Jaher Dangri. But activists of Bajrang Dal and Vishwa Hindu Parishad had lodged a case against me at Mahuatand. Fortunately, I managed to obtain an anticipatory bail from Jharkhand High Court on April 3,” said Besra, who contested from Jamshedpur as a Jharkhand People’s Party nominee this year but lost badly.

Besra, who is also a PG in Santhal literature and a lawyer from Ranchi University, added, “I want to say Jeetrai (Hansda) is not alone, tribals are with him, we will fight rightwing forces and launch an agitation against the arrest.”

Questioning the timing of Hansda’s arrest, a Ho tribal youth Raimul Bandra of Birsanagar, who’s associated with social outfit Birsa Seva and studies law at Banaras Hindu University, wondered sarcastically how Hansda could attend public meetings and hold lectures as a part-time faculty member in colleges “all this while” without being arrested. “Why arrest him now?”

“We have told governor Droupadi Murmu that a ban on cow slaughter should not be implemented in Fifth Schedule areas of Jharkhand as it is in conflict with traditional practices of natives. Not only Santhals but even Mundas perform cattle sacrifice ritually.”

But the climate of fear can’t be denied. Hansda’s lawyer, who belongs to the Kurmi tribe, spoke on how the whole case unfolded but did not want to reveal his name while indicating that the administration was under pressure to arrest Hansda after polls so as not to hurt tribal sentiments earlier.

Hansda approached him after a kurki jabti (notice to attach property) under section 82 of the CrPC had been issued by the CJM court in Jamshedpur in early 2018.

The lawyer said now that his client was in Ghaghidih central jail, he would file a regular bail application with the district judge on Tuesday.