Boost in ranking for Hazaribagh shooter 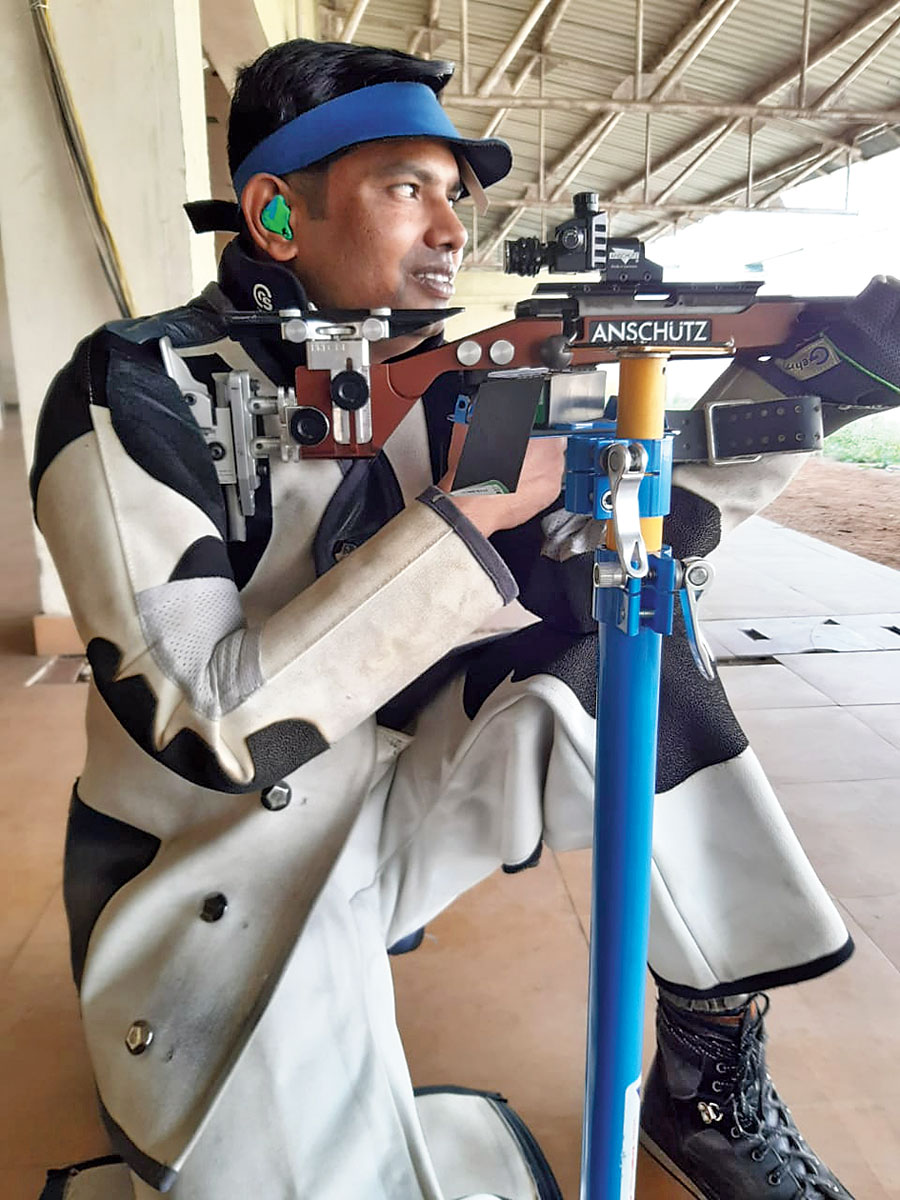 Pellets from Hazaribagh shooter Akash Kumar Ravidas’s imported rifle are finding their target with precision and boosting his confidence.

No wonder, the 32-year-old’s national ranking has jumped to third from eighth in the 50m rifle prone category as announced by the National Rifle Association of India (NRAI) after the selection trials for an upcoming international competition in Germany that concluded in Trivandrum earlier this month.

Akash had finished among the top six shooters at the trials, which earned him a slot in the Indian team at the international event in Hanover, Germany, in April.

A Dalit from Asdhir village in Hazaribagh, Akash had for long been competing with rifles borrowed from fellow shooters.

Now, he has bought an imported .22 rifle with the help of a bank loan.

“I bought the new rifle for Rs 6.5 lakh. I have got adjusted to it and also used it at the trials in Trivandrum. I am happy that my national ranking has shot up. I am now looking forward to the international event in Germany,” Akash said over phone from Hazaribagh.

He said he would be off to New Delhi to attend the national camp to be conducted by NRAI next month.

However, he still needs to borrow money from friends and well-wishers to buy pellets for training sessions.

According to him, the state sports department was yet to sanction Rs 6 lakh for the rifle. The department had on principal sanctioned the fund, but Akash has not received it yet.

“I had lost all hopes and thought of taking a bank loan to buy the rifle. Now I feel very proud to possess my own rifle. Borrowing equipment from fellow shooters was really embarrassing,” Akash, the son of truck driver Dhaneshwar Ram and sahiya Devki Devi, said.

He also picked up silver medals in the 2012 and 2014 editions of the senior nationals held in Chandigarh and New Delhi, respectively.

Akash has represented the country in international competitions in Germany, Czech Republic and South Korea and won individual bronze at the Junior Asian Shooting Championship in Kuwait.

Akash will be shortly joining the Indian Army and posted in Ahmedabad.