Under the banner of Jai Jharkhand Majdoor Samaj (JJMS), a wing of Jharkhand Mukti Morcha (JJM), they they marched to Ispat Bhawan on Monday 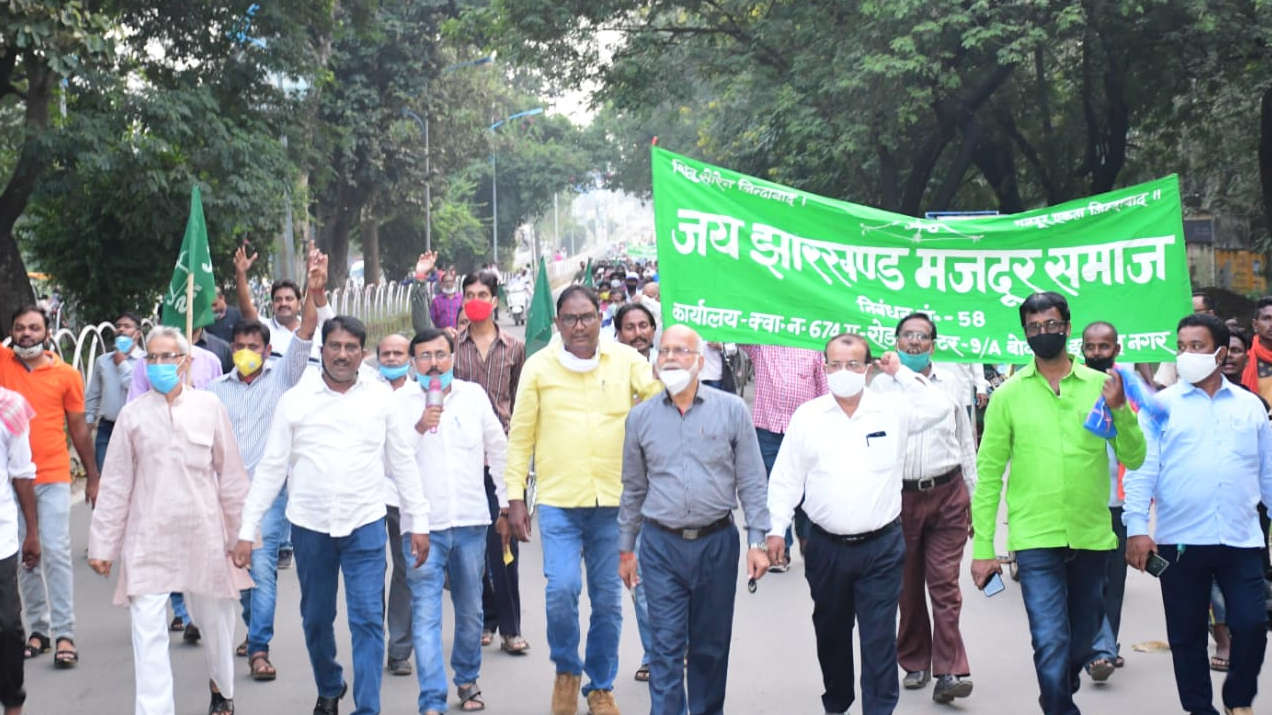 Thousands of employees and contract workers of the Bokaro Steel Plant (BSL) staged a massive demonstration on Monday, with demands which incled payment of bonus, election of labour unions, improvement in health facilities and others.

Under the banner of Jai Jharkhand Majdoor Samaj (JJMS), a wing of Jharkhand Mukti Morcha (JJM), they they marched to Ispat Bhawan, raising slogans and waving placards against the BSL management.

The demonstration disrupted traffic on the busy road between Nayamoad to Ispat Bhawan for about an hour. JJMS believes that BSL, a unit of SAIL running under union steel ministry, is ignorant of their 9335 employees and about 15,000 contract workers dedicatedly working in the steel making process.

BSL has witnessed more than a dozen demonstrations by different groups in the past 30 days.

Frequent demonstrations inside the plant and township areas by displaced groups, dependent outfits, labour unions and others has virtually shown the failure of the BSL management in sorting out the issues. The workers are sad with the management's ignorance, which has registered a turnaround in September achieving more than the production target. Thousands of JJMS workers demonstrated inside the plant last month. 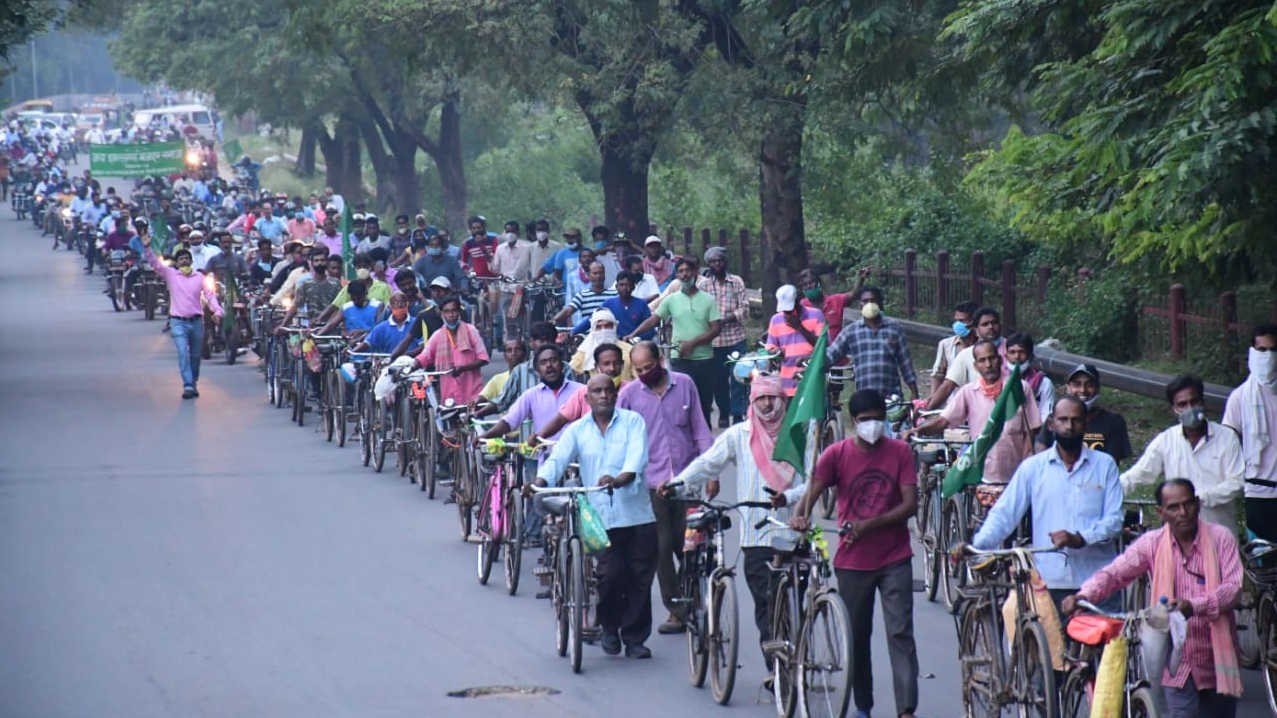 The industrial relation department of BSL fails in pacifying the growing resentment among workers and other outfits, disturbing industrial peace. General secretary of JJMS, B K Chaudhary said “We have been asking the BSL management to conduct labour union over the past several years. Other SAIL units in Bhilai, Durgapur, Rourkela conduct regular labour union elections. But in BSL, it has not been conducted for more than three-four decades. Why does BSL not want a union election?”.

JJMS said that they have submitted a 13-point demand related to welfare of employees and workers of BSL. As BSL has registered considerable profit in the last financial year and performed exemplary well during Covid-19 lockdown period, BSL employees are expecting a good bonus. “Durga puja is round the corner, but there is no announcement of bonus for BSL employees,” added Chaudhary.

JJMS is demanding atleast Rs 30,000 bonus before Durga Puja, apart from wage revision, leave encashment and other allowances. Chaudhary also asserted that things have deteriorated in BSL plant and township. “BSL plant was running without a CEO for the last 10 months. We have asked the newly joined director incharge Amarendu Prakash to assess the problems faced by employees”.

He pointed that “The condition of roads, streetlights, water supply has deteriorated in BSL township. Encroachment on BSL’s land is growing in all sectors. Health services in Bokaro General Hospital (BGH) have deteriorated to the extent that employees were refused admission many times."

JJMS demanded that the director incharge should personally visit every department inside the plant and communicate directly with the employees.

Chaudhary said, “We are preparing to intensify our agitation if our demand is not met and the situation doesn’t improve”.

A massive demonstration was organised two days after the director incharge met with leaders of all the trade unions and got acquainted with the problems of workers and their demands. There are nine labour unions in the BSL, of which seven are functional. Almost all the unions are demanding a bonus.