Over 1 lakh vaccinated against Covid-19 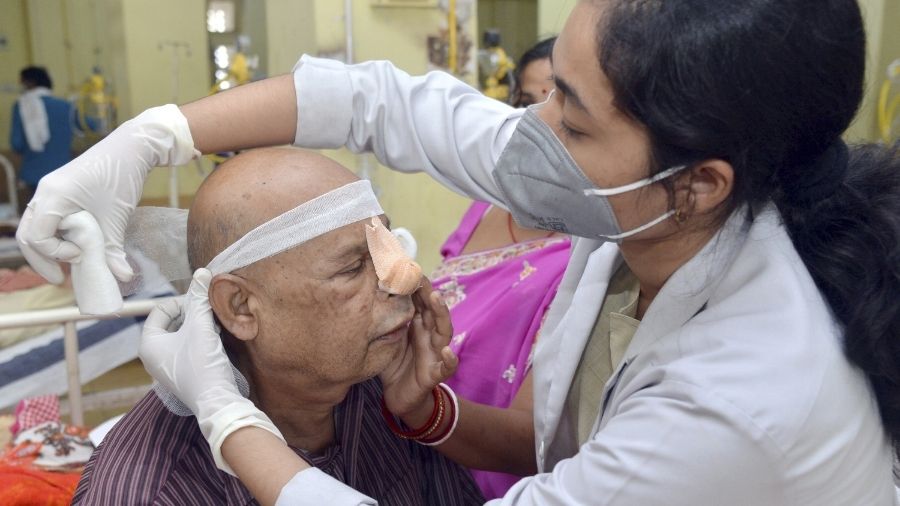 The first incident of death due to black fungus was reported in Bokaro on Saturday, which took the mucormycosis toll in Jharkhand to 31, the latest data with the health department revealed. The state, however, did not report fresh cases of the fungal infection on the day.

As per data compiled by the Integrated Disease Surveillance Programme (IDSP), the state has so far reported 104 confirmed and 58 suspected cases of Covid-induced mucormycosis, a disease that was notified as an epidemic by the Jharkhand government earlier this year. Ranchi has reported 40 confirmed and 22 suspected cases of black fungus, which claimed 11 lives here – the highest among Jharkhand districts. Of the 162 confirmed and suspected patients, at least 108 have been discharged from the hospital so far.

The state on Saturday vaccinated over 1 lakh residents, including over 75,000 from the age bracket of 18 years to 44 years, against Covid-19, provisional data released by the National Health Mission (NHM) highlighted. As per NHM data, the first dose of vaccine was administered to 75,362 residents, while at least 30,171 beneficiaries got their second jab.

At least 1337 session sites for vaccination were operational on the day, as per the Co-Win platform. As many as 84 vaccination centres were open in Ranchi, while 46 session sites administered vaccines against Covid-19 in East Singhbhum.

As per figures released by NHM on Saturday evening, the state has administered at least one dose of vaccine against Covid-19 to close to 95 lakh residents. The state had 4.7 lakh vaccine doses in stock on Saturday, the figures highlighted.

Jharkhand distributed 91,130 doses of Covaxin among the 24 districts in the past two days. Ranchi got the highest share of 7430 doses in the latest allotment, while 5300 doses were given to East Singhbhum. The state distributed 31,130 doses on Thursday and 60,000 more doses on Friday.

Meanwhile, 44 Covid recoveries against 36 fresh cases brought the active caseload of Covid-19 down to 252 in the state, a separate bulletin from NHM stated. The state did not report fresh Covid casualties on the day and the toll remained 5128.

Ranchi reported the highest spike of eight cases against the same number of recoveries. At least 49 people were battling the viral infection in Ranchi by the end of Saturday.

At least 10 of 24 districts did not report fresh cases of Covid-19 on the day, while Bokaro continued to witness a spike in active cases as it reported seven cases against four recoveries.