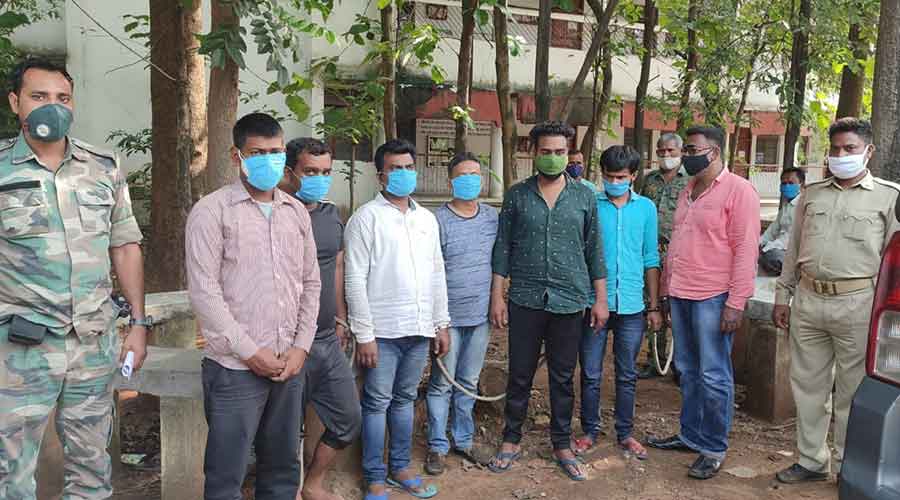 Bokaro police have arrested seven persons with 6kg of uranium after conducting raids at different places across the district. The accused were suppliers and were searching for potential customers to sell the highly radioactive and explosive material at a price Rs 50lakh per kilogram.

It is illegal to possess uranium in India without a license. A violation of the Atomic Energy Act of 1962 in this regard can attract stringent punishment.

The arrested individuals are said to be a part of an inter-state gang with a country wide network in dealing with Uranium. The special police team is conducting an investigation to find the link from whom the accused received the material.

SP Bokaro, Chandan Kumar Jha said, “We have seized the "yellow coloured substance" and will send it to experts for testing. Uranium is a highly radioactive substance that is used in nuclear facilities.”

Jha said that they received information that some criminal elements are preparing to sell uranium, following which a special police team was formed and raids were conducted.

Those arrested have been identified as Bapi Da also known as Bapi Chandra, Anil Singh, Deepak Kumar, Krishna Kant, Hare Ram Sharma, Mahavir Mahto and Pankaj Mahto. All are residents of the district.

Of those arrested Deepak and Bapi have a criminal history.

“It is still unclear how they get their hands on the radioactive metal. During police interrogation, they are saying they got it from someone from West Bengal and sometimes say they got it from Giridih and other places,” said the SP.

“Apart from Uranium packets, seven mobile phones and Passion X Pro motorcycles were also seized,” he added. Investigation is being carried on to nab those who buy this radioactive material in the district and to ascertain the purpose of the purchase.

An FIR has been lodged with Harla Police Station under section 414/120B/34 IPC and 24 1 (a) atomic energy act has been registered on Thursday, said SP.

Sources said that police are trying to ascertain whether the arrested have any link with the racket busted by the Maharashtra Anti Terrorism Squad on May 5, in which two men were arrested and a total of 7.1 kg of natural uranium worth Rs 21.3crore was seized. The National Investigation Agency (NIA) took over the probe after the arrest. The experts at the Bhabha Atomic Research Centre confirmed that the substance seized was natural uranium.