Bokaro airport getting ready to start operations by 2021

Delay on account of encroachments, pending work at terminal 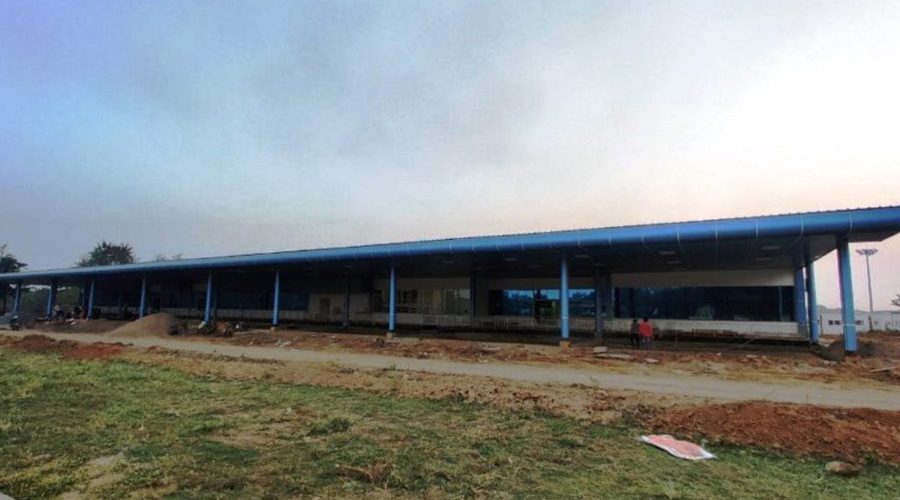 Bokaro can hope to fly high from next year as the upcoming airport in the steel town is gearing up to host commercial flights to Patna and Calcutta.

This will be the second airport under UDAN, the centrally sponsored regional air-connectivity scheme, after Deoghar airport which too is in the final stages of commencement.

Last week, Airports Authority of India (AAI) announced on Twitter that Bokaro strip, being prepared at a cost of Rs 46 crore, is ready to host civilian flights. “Bokaro airport presently manages non-scheduled flights. Once civil operations start it will connect the steel city to Patna and Kolkata under RCS-UDAN,” the AAI said.

The airport is owned by domestic steel major SAIL. In April 2018, SAIL signed a pact with AAI and the Union civil aviation ministry for using three of the PSU’s airstrips — Rourkela (West Bengal), Bokaro (Jharkhand) and Burnpur (Odisha) — under UDAN.

Soon after, work began to revamp the Bokaro airport. The project included the construction of a terminal building with a peak-hour passenger capacity of 300 along with strengthening and re-carpeting the runway, apron and taxi track for ATR-72 aircraft.

Now, two years later, about 25 per cent development work is pending owing to several challenges on the ground and the Covid-19 induced lockdown earlier this year, officials associated with the project said.

“Work on the ATC tower, terminal building, isolated area and periphery road others are in progress. Once these get completed, we will obtain a licence from DGCA to begin flight operations,” said an official.

He said in all probability, SpiceJet would a 72-seater flight from Bokaro.

About existing hurdles, another official cited encroachments on a chunk of land in the Dundibagh area adjacent to the airport boundary and cutting and trimming of trees the vicinity. “Although encroachments were removed in the past, they resurface time and again owing to lack of enough surveillance in the area. We are in touch with the district administration for a permanent solution,” said the official, who is based in Ranchi.

Once ready, this will be Jharkhand’s second largest airport after Birsa Munda International terminal in Ranchi and will be suitable for operation of Airbus A-320 type aircraft.