Black Diamond Express back on track from Saturday

Train will have new name, number; but halts will remain the same as before 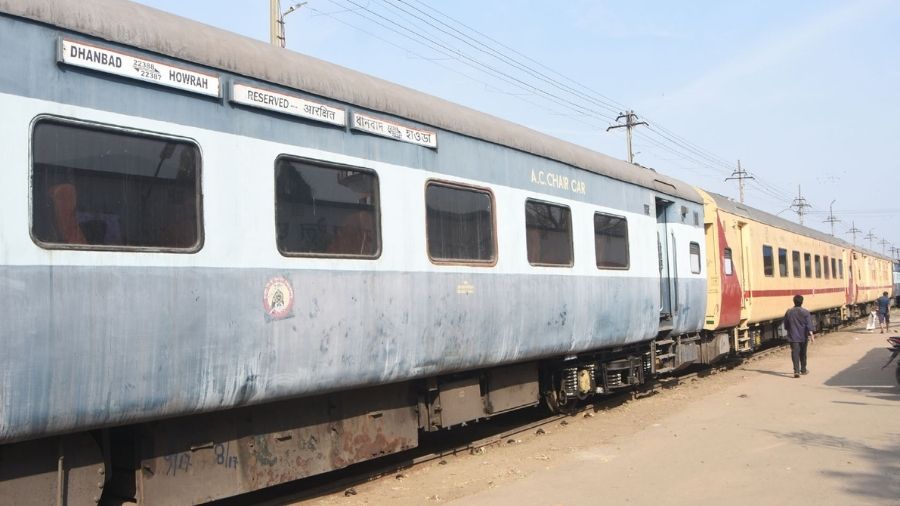 The coaches of the Black Diamond Express at the Coaching Complex of Dhanbad Railway Station on Thursday.
Picture by Gautam Dey
Praduman Choubey   |   Dhanbad   |   Published 11.02.21, 07:40 PM

Black Diamond Express, one of the most popular trains between Dhanbad and Howrah, will resume services from Saturday, February 13, bookings for which were opened on Thursday.

Much to the relief of regular commuters, businessmen and traders, the train will resume operation from Howrah from Sunday. Both the Up and Down trains will run as specials, with different names and numbers. But the halts would be the same, as followed during the pre-lockdown period.

However, during its return journey the train will reach Dhanbad at 11.18 am eight minutes behind the previous arrival schedule of 11.10 am despite leaving Howrah as per its previous schedule.

“All preparations have been completed for the operation of the train. The rakes are ready at Dhanbad, since the responsibility for the primary maintenance of coach lies with our division,” Akhilesh Kumar Pandey, Senior Divisional Commercial Manager told The Telegraph Online.

Chief Reservation Supervisor of Dhanbad Railway Station, Sanjeev Kumar said, “There was a lot of rush at the counters because of the high demand of the Black Diamond Express.”

The train was among several that had been suspended since March last year, due to the pandemic-induced lockdown.

Expressing happiness over its resumption, former President of Purana Bazar Chamber of Commerce Md Sohrab said small vendors, who depend on the Calcutta market, will benefit from the move.

“Both Coalfield Express and Black Diamond Express are complementary to each and serve as lifelines for Dhanbad traders. We thank the railway administration for the restoration of the trains” said Sohrab.